Tons of coal ash stored at Georgia Power plants contain metal substances linked to cancer and could potentially cause permanent groundwater and river pollution , according to environmental groups.

A 52-page letter, issued by the Southern Environmental Law Center, contends Georgia Power plans to seal nearly 50 million tons of toxic ash in sludge ponds at five plants throughout the state. Those ponds, the letter says, are unlined and some are set more than 80 feet deep within groundwater tables, potentially exposing ash-laden water to groundwater and rivers.

The letter, which summarizes several detailed reports compiled by an engineer the Southern Environmental Law Center hired, urges the Georgia Department of Natural Resources’ Environmental Protection Division to deny permits Georgia Power has submitted in recent years seeking approval for its pond-closure plans. It calls for the ponds to be completely excavated and the ash from those ponds to be placed in more secure, lined facilities.

“The science concerning human health risks and environmental pollution caused by unlined coal ash (ponds) is now impossible to ignore or credibly downplay,” the letter says. “(State regulators) must consider these risks; the growing consensus from states in our region is that excavation to lined disposal is the only viable option to protect human health and the environment.”

The state Environmental Protection Division declined Monday to comment on the letter through its spokesman Kevin Chambers.

The letter comes as Georgia is on the cusp of becoming the second state — after Oklahoma — to adopt its own program to oversee federal rules regulating coal-ash disposal. The program, which the U.S. Environmental Protection Agency tentatively approved in June, largely mirrors federal ash rules the EPA established in 2015 that allow states to administer those rules without direct federal supervision.

State environmental officials assure their program, which requires Georgia Power to obtain new solid-waste permits for coal ash in the coming years, are tough enough to monitor ash storage and punish violations. But local environmental groups contend the rules lack bite. They worry state regulators may not end up closely monitoring coal-ash storage sites, relying instead on self-reporting from power plant operators, and have critiqued the federal rules as too relaxed even if Georgia officials follow them to a T.

Federal regulators are scheduled to hold a hearing Tuesday in Atlanta to discuss the agency’s tentative approval of Georgia’s coal-ash program.

Amid longstanding concerns from environmental groups, coal-ash storage in Georgia has entered a transition period. Georgia Power, which operates all but one of the state’s dozen ash-producing coal plants, has been closing its ash ponds since 2015 due to the new EPA rules and the company’s own projections for declining fossil-fuel profitability. “Significant closure construction activities” have wrapped up at 14 of the company’s total 29 ash ponds so far, according to Georgia Power’s Crawford.

Aside from the ponds, there are five landfills operating in Georgia that receive coal ash. Peppering rural parts of the state, these landfills last year took in 1.4 million tons of ash, according to the state Environmental Protection Division. Kevin Chambers, a state EPD spokesperson, said last week that all 30 ash ponds should be closed within five years.

Most of the closed ponds will have their coal ash either ferried to on-site landfills, earmarked for recycled uses like concrete mixing or consolidated into sealed structures kept on plant property, according to plans Georgia Power sent to the Georgia Public Service Commission earlier this year. Those plans also outline how Georgia Power intends for coal ash from 10 ponds to be “closed in place” rather than removed, recycled or consolidated. Georgia’s regulations, following the EPA’s rules, green-light this closure-in-place option through a variance procedure.

Ponds to be sealed with ‘advanced engineering’

The company also said last week that ponds left in place are being sealed with “advanced engineering methods and closure technology,” such as slurry walls. Crawford, the Georgia Power spokesperson, said individual closure plans are tailored to each pond and require approval from the state before permits can be given.

But several environmental groups argue those closure methods fall short. Aside from some ponds lacking protective lining, local environmentalists point out many of the ponds are situated near rivers and streams at risk of being contaminated if the containment structures fail. They highlight spills from ash ponds breaches in Tennessee in 2008 and North Carolina that sent thousands of tons of liquid ash flowing into nearby rivers.

“The only proven way to ensure that the coal ash is not polluting groundwater is excavation from that site,” April Lipscomb, a law center attorney said. “That’s not what they’re planning to do.”

The letter released Monday focuses on permit applications Georgia Power sent the state for ash ponds at five plants, which Mark Hutson, the engineer retained by the Southern Environmental Law Center, found ill-equipped to keep liquid ash from contaminating groundwater or spilling over into nearby bodies of water during floods. The ash could potentially pollute drinking water wells in neighborhoods around some of the plants and affect nearby agricultural activities, according to the letter. The ash contains substances like arsenic and boron that the EPA says can cause some forms of cancer in humans, neurological issues in children or vegetative and wildlife degradation in waterways.

Utility pushes back on contamination claims

Local environmentalists point to a study released last year that found almost all of state’s coal plants have to some degree contaminated groundwater with toxic boron, cobalt, sulfate and other pollutants. The study, done jointly by the nonprofits Earthjustice and the Environmental Integrity Project, cites Georgia Power’s own groundwater monitoring reports, each of which is thousands of pages long. It traced much of the contamination to decades of storing coal ash in ponds and called for that ash to be completely removed.

“It’s not a question of ‘if’,” said Jesse Demonbreun-Chapman, the executive director and riverkeeper for the nonprofit Coosa River Basin Initiative, which monitors the Etowah River. “It’s definitely happening.”

Other Georgia riverkeeper groups signing the letter are those that monitor the Altamaha River, the Chattahoochee River and the Coosa River.

Georgia Power pushed back last week on claims the ash ponds have been polluting groundwater. Crawford, the company spokesperson, said third-party contractors test samples taken from around 500 groundwater monitoring wells installed near the ponds and landfills since 2016.

“Based on the extensive data collected, the company has identified no risk to public health or drinking water,” Crawford said.

Chambers, the Environmental Protection Division spokesperson, said last week state regulators review permitted ash-receiving facilities “on a routine basis,” use “standard enforcement procedures to obtain compliance” for any violations and require companies with closed ash ponds “to demonstrate the closure procedures have minimized the threat to human health and the environment.” 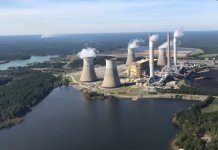 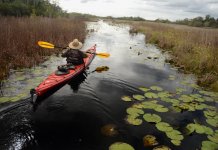 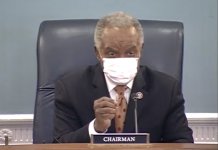