Christian Olvera remembers racing with his brother, Bernie, to see if the mailbox at their Dalton home held the papers that conferred a sense of stability. After completing reams of forms and waiting for months as teenagers in 2012, they were giddy with anticipation for the “magical documents” that would give them legal rights to live and work in the United States.

But for the past two years, the Olvera brothers have dreaded the possibility they will lose deportation protection under the federal Deferred Action for Childhood Arrivals (DACA) policy the Trump administration moved to end on Sept. 5, 2017. If it is scrapped after the nation’s high court takes on the issue this fall, Bernie Olvera’s IT consulting job in Atlanta is likely in jeopardy and Christian’s studies at Dalton State University would also probably end.

“At that point, my brother’s degree turns into just something on the wall,” Christian Olvera said. “And my efforts to finish mine are just useless, basically.”

The Olvera brothers are among more than 22,000 so-called “Dreamers”  in Georgia who avoid deportation through the 2012 Obama-era DACA policy, according to data from Washington, D.C.’s nonprofit Migration Policy Institute. The Obama administration’s DACA policy grants two-year work authorization permits and driver’s licenses to people whose undocumented parents brought them to the U.S. as children.

Christian and Bernie Olvera’s parents migrated from the central Mexican city of San Luis Potosi to Dalton when they were pre-school age.

Federal court challenges have held DACA protections in place since the 2017 cancellation. The U.S. Supreme Court agreed this summer to start to tackle the issue in November when it is set to hear arguments. That will be the beginning of what is likely a legal clash over immigration policy that won’t be resolved until well into next year.

So, the waiting continues for Christian and Bernie Olvera, who also help run their family’s photography business. Should the high court side with the Trump administration, the family could feel pressured to join the underground economy and they want to stay in the U.S., Bernie Olvera said.

“I really don’t like thinking about it,” he said. “Without [DACA potection], I’d have to figure out how to live with a cash-based job. It’s just an unknown realm where we don’t know what would happen, what options to take without it.”

Lawmakers in Congress can also move forward on legislation aimed at stabilizing the current residency status for people protected from deportation by DACA. It’s unlikely Congress will pass legislation to reinforce DACA policies and it seems like even more of a longshot President Trump will sign it, said Sebastian Saavedra, a spokesman for the nonprofit Georgia Latino Alliance for Human Rights.

Losing DACA protections would put job opportunities and the ability to pay for school in jeopardy for thousands of young Latinos in Georgia, Saavedra said.

“With the arrival of the current administration, our state has been under attack,” Saavedra said. “It feels very overwhelming and many individuals don’t know what to do.”

Georgia’s university system is particularly inhospitable to students in the DACA program. The University of Georgia, Georgia Tech and Georgia College and State University all bar admission to Dreamer applicants at the direction of the state’s Board of Regents. A challenge to the ban was batted down earlier this year by the U.S. Court of Appeals’ 11th Circuit in Atlanta, which ruled the state had grounds to reason “it would be unwise to invest state resources in DACA recipients” because “they are removable at any time.”

Still, the state invests heavily in the K-12 education of the thousands of students who receive DACA protection.

Georgia also requires state residents in the DACA program to pay out-of-state tuition, which is higher than what in-state students pay. The higher price for education prompted Christian Olvera to pause attendance at Dalton State after a year of classes to work and save up enough money before going back to school.

Beyond losing work and access to education, the Olvera brothers worry DACA’s potential end could compel their family to return to Mexico. Though they have relatives there, moving to Mexico would be like restarting life in a place where their language skills are now rusty and the professional expertise they’ve built up over the years may not translate.

“I’ve been doing great here,” Bernie Olvera said. “But going back to Mexico would be kind of like rebirthing as an adult in another country.”

Both brothers say they are able to keep a positive attitude and stay focused on school and work rather than wonder about the future. And their family plans to stick together in the same place wherever that may be, though they hope that place will be the U.S.

“I consider myself an asset to this country,” Christian Olvera said. “I really want to work and provide for this country as a citizen and be part of the country, not just live here.” 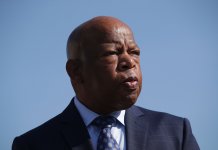 U.S. House passes legislation to crack down on voter suppression 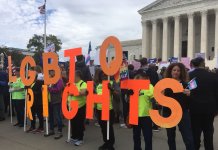