In all, the University System of Georgia plans to shave around $11 million off its roughly $2.6 billion budget through next June, and another $16.5 million the following budget year. The reductions line up with Kemp’s call to trim 4% this year and 6% in next year’s budget.

Core teaching programs that make up the bulk of university classes and activities in Georgia are exempt from the cuts. But the programs attached to the university system that are targeted are particularly popular in rural parts of the state. Those include a combined $4.7 million cut from the University of Georgia’s agricultural experiment stations, three research centers that teach farming techniques and management in Athens, Griffin and Tifton. The school’s cooperative extension service, which runs agricultural and 4-H programs, is penciled in for a cut of $4.4 million.

The Georgia Public Library service would lose $4 million if the new spending plan is approved. Hospital and clinical services at Augusta University’s Medical Center of Georgia are in line for a $3.2 million reduction from the budget that took effect July 1.

The state Board of Regents, which oversees the university system’s 26 schools, is set to consider the proposed cuts at a meeting Tuesday in Atlanta.

It’s unclear how the nearly two dozen research departments and affiliated programs subject to the cuts will absorb them. The Board of Regents’ communications vice chancellor, Jen Ryan, did not respond to requests for comment Monday.

“If it was a disproportionate cut to agriculture, obviously that would be disappointing,” Harvey said Monday. “But if everyone is feeling the cuts and that’s what the economy is calling for … it’s just part of it.”

“There’s so much good that comes out of those programs, so many lives are impacted,” said state Rep. Sam Watson, a Moultrie Republican who co-chairs the council. “That’s what’s gotten us through the tough times is the information the University of Georgia provides.”

The school’s agricultural programs are too valuable to rush to the chopping block, said state Rep. Rick Jasperse, a Jasper Republican who also co-chairs the council.

“They’re both very lean organizations,” Jasperse said, “and they’re critical to keep Georgia’s biggest industry, agriculture, where it is today.”

Some programs and schools aim to avoid staffing or salary cuts.

At UGA’s School of Forestry and Natural Resources, plans are to eliminate two vacant research staff positions and shrink the forestry program’s travel budget, said the school’s communications director, Kristen Morales. The roughly $400,000 reduction for the school’s forestry research and extension programs most likely means fewer public education initiatives for forestry in Georgia and longer waits for researchers to complete projects, she said.

“We are pretty efficient with what we get,” Morales said. “But with that said, every cut is going to have an impact.”

Several departments across state government this month publicized plans to cut spending in response to the governor’s directive. The Department of Human Services plans $46 million in budget cuts combined this year and next. The Department of Community Health identified $10.4 million in reductions.

Exempt from the cuts are major enrollment programs like Medicaid and K-12 education.

Last week, Kemp ordered department chiefs to ignore requests by state lawmakers to review budget reduction proposals before the governor’s office receives them. Key legislators had hoped to meet with departments about the cuts later this month and to review changes to this year’s spending plans before the legislative session begins in January. 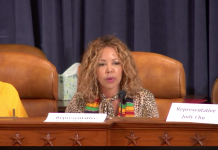