The American Civil Liberties Union of Georgia argued in federal court in Atlanta Thursday that deaf probationers and parolees are mistreated by the Georgia department that supervises them.

The ACLU is representing six deaf people in a federal case against the Georgia Department of Community Supervision playing out this week in the U.S. District Court for the Northern District of Georgia. It’s a legal battle that could change how the deaf and hard-of-hearing are treated by the criminal justice system.

The ACLU and National Association of the Deaf Law and Advocacy Center are asking Judge William Ray II for an injunction against the department for alleged violations of federal accommodation laws. The injunction seeks to require the state’s department use of certified sign language interpreters and other services to meet the needs of the deaf.

The U.S. Department of Health and Human Services estimates that 8.6 percent of Americans are hard of hearing or deaf. Georgia held 55 inmates with severe hearing problems of the state’s nearly 50,000 inmates that were reported as of Sept. 1, according to the Georgia Department of Corrections.

The six deaf plaintiffs represented by the ACLU deal with the anxiety of not understanding the terms of their probation and parole, and that puts them at risk of the state revoking their probation, ACLU attorney Stephanna Szotkowski said.

“The reason they do not know these rules is because the defendants did not effectively communicate them,” she said in her opening statement. “Our clients don’t know if they can accept certain jobs or whether they can move into a new home… Imagine not knowing if you’re subject to a curfew?”

An attorney representing the community supervision department says it communicates with deaf people in a fair way, and that the six plaintiffs are well aware of the conditions of their probation.

The ACLU says the supervision department rarely provides interpreters as obligated when probationers need one.

Substitutes, such as video phone services, are either incorrectly or illegally used, Szotkowski said.

“With (one plaintiff’s) probation officer, the extent of their communication often is a thumbs up,” she said.

The ACLU can not prove that their clients are dealing with a substantial threat that is required for an injunction, defense attorney George Weaver told the judge.

The plaintiffs were not locked up because they misunderstood the terms of their probation.

“The communication doesn’t have to be perfect or ideal or without flaws,” Weaver said. “They have to be effective.”

An expert witness for the ACLU testified Thursday that in her limited conversation with two of the plaintiffs it was clear they needed certified American Sign Language interpreters when dealing with their probation issues.

Judy Shepard-Kegl, director of the Signed Language Research Lab at the University of Southern Maine, said many people incorrectly assume that American Sign Language is just English being spoken through hand movements.

“It’s a very comprised and nested language,” Shepard-Kegl said. “It’s not remotely close to operating like the English language.”

Testimony in the case is expected to wrap up on Friday. 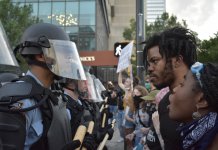 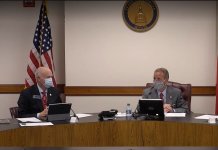