As prisons grew crowded and incarceration costs soared earlier this decade, state lawmakers and advocates joined forces with former Gov. Nathan Deal to push through a set of changes to the state’s criminal justice system.

Deal’s Council on Criminal Justice Reform delivered a new approach to law and order through programs such as accountability courts that treat offenders with mental illness or substance abuse problems in an effort to keep them out of prison. The reforms enjoyed bipartisan support for the way they kept Georgians productive and saved the state money from housing an ever-growing prison population.

Now, some of those programs are among the proposed budget cuts that started this month at the direction of Gov. Brian Kemp. And some state agencies that oversee those reform initiatives worry the strides made in Georgia’s criminal justice system in recent years could take a major step backward.

They’re concerned that pulling millions of dollars from Georgia’s accountability courts, juvenile rehabilitation, an award-winning inmate reentry program, might have a severe impact on the state’s efforts to curtail its prison population and keep people out from behind bars.

Several criminal justice advocates echoed agency concerns this week, while at least one cautioned that it’s too early in the state’s long budgeting process to hit the panic budget.

“It seems unlikely that the cuts would survive the full budget process,” said Adam Gelb, founder and CEO of the Council on Criminal Justice. “But if they did, it would be terrible.”

Kemp ordered agencies to trim their budgets 4% this fiscal year and 6% next year. One of his spokesmen stressed the reductions are not final yet – though agencies did begin withholding 4% from their budgets this month per the governor’s mandate.

“The Governor has not finalized the budget,” Kemp’s press secretary, Cody Hall, said by email. “All draft proposals from agencies are exactly that – drafts.”

Some of the deepest cuts proposed for the new criminal justice reform initiatives shrink funding for the state’s accountability courts and a council of judges assigned to manage them. Those two initiatives combined stand to lose more than $3 million through July 2021. The courts program allowed tens of thousands of people convicted of non-violent crimes opportunities to serve their sentences outside of prison, advocates say, and is a cornerstone of the reform package lawmakers passed in 2013.

If fully implemented, the loss of funding would reduce the amount of people the courts could accept, would send many non-violent offenders back to prison and could potentially close some accountability courts, according to revised spending plans. Rural parts of the state will feel the loss more than their urban counterparts, since courts outside of metro areas get less local funding and people have fewer transportation options, the plans show.

Cuts proposed for the state Criminal Justice Coordinating Council, which runs the accountability courts,  would slice more than $2 million used to match federal grants for juvenile rehabilitation facilities, domestic violence shelters and sexual assault centers. Eliminating that money could deliver “a severe impact on (the programs’) abilities to maintain services throughout the state,” particularly in rural areas, according to comments the council filed with its revised spending plans.

The Department of Community Supervision also proposes to close its Max Out Re-entry Program, which won a national award in 2015 for easing inmates with lengthy sentences back into society with employment opportunities and jobs. The Georgia Public Defenders Council, likewise, would have to furlough staff to an extent that could possibly cause an “abeyance of prosecution in essentially every superior court in Georgia” with fewer public defenders able to handle cases, according to that department’s revised spending plan.

By many accounts, the accountability courts are  especially effective, showing perhaps the most positive results out of the several reform initiatives passed in 2013. Beyond reducing recidivism, the program saved the state around $200 million annually and generated more than $50 million last year from former non-violent inmates who worked jobs rather than remain in prison, according to the Criminal Justice Coordinating Council.

“The accountability courts are a big relief valve for the entire system,” said Doug Ammar, the executive director for the nonprofit Georgia Justice Project. “It’s changed the conversation in the state about how to deal with crime.”

Those economic benefits and the need to care for fewer inmates would far outweigh any savings the state might glean from the proposed budget cuts, said Roy Copeland, a Valdosta defense attorney who helped shape Georgia’s criminal justice reform. People participating in the program are much less likely to return to prison and more likely to hold down a job instead, even if they don’t fully graduate from the program, he said.

“To somehow begin to chip away at what I think is a start for our criminal justice system, that really flies in the face of reform,” Copeland said.

Sara Totonchi, the executive director for the Southern Center for Human Rights, agreed throwing the reforms into reverse will undermine any cost savings for state agencies. She said  undoing the improved approach would be “penny-wise and pound-foolish.”

“We may not have to pay for these cuts in the immediate sense,” Totonchi said. “But we will be paying for them for generations to come if they are allowed to go through.” 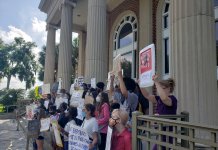 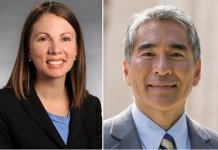 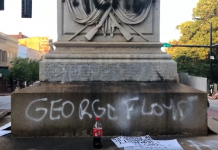