Federal approvals could launch Camden Spaceport into next phase

Camden County leaders have committed millions of dollars to a spaceport for privately owned rockets to be launched into space. This rendering depicts launch control and payload processing centers. Camden County/Contributed

A federal agency is set to decide next month whether a Camden County-sponsored Spaceport will get a chance to get off the ground.

The Federal Aviation Administration is targeting mid-December to rule on the coastal county’s application to become one of 12 sites in the U.S. licensed to launch privately owned rockets into space. Spaceport Camden is a dream of county leaders that they hope brings them a piece of a growing space industry and creates a more diverse workforce in their southeast corner of the state.

But it’s also a proposal getting heavy criticism from environmentalists concerned about nearby Cumberland Island National Seashore, as well as county residents who don’t want to pay for a highly speculative plan that’s already cost county taxpayers about $7 million since 2015.

If the Spaceport is built one day, rockets as large as the 230-foot tall SpaceX Falcon 9 could launch off a giant concrete pad on a site that also includes a landing pad and launch control and payload processing centers. The vehicles could either land on the pad, plunge into the Atlantic Ocean and get shipped back to land on a barge or even left at sea.

If the operator’s license is approved, the first commercial space missions out of Spaceport Camden could take off as soon as 2021.

And Camden’s license could allow up to 12 rocket launches a year, but even getting three or four would “probably be a success,” Camden County Administrator & Spaceport Camden Project Lead Steve Howard told legislators last week at a House Rural Development Council meeting near the Florida line in Kingsland.

County leaders envision the spaceport as a way to entice companies to send out low-orbiting satellites for GPS and other high-tech purposes. The county says about 80 workers will run the facility, with officials banking on some aerospace companies setting up shop in town. The county’s unemployment rate is relatively low at about 4% for most of 2020.

Spaceport speculators are also betting on the potential allure of space tourism, a field where companies like Virgin Galactic and Blue Origin expect people to pay major dollars to travel to the edge of space.

Camden County resident Steve Weinkle says he fears a scenario where taxpayers might shell out $25 million on the Spaceport and then the license is pulled in the event a rocket crashes on return to earth.

Camden taxpayers, already on the hook for a 17% property tax hike this year, shouldn’t continue footing the bill for a spaceport, Weinkle said.

Spaceports typically rely on some type of state or federal funding. For example, the Virginia Space Flight Authority received state funding in 2017 and 2018 to cover an $18 million loss each year.

“Camden (officials) want the public to think that this spaceport is something easy to accomplish with some real definable reward,” Weinkle said. “They’ve never produced an operational budget or economic document that isn’t anything that is just pure speculation.”

Still, Georgia lawmakers gave the Spaceport plan a legitimacy boost with legislation creating the Camden County Spaceport Authority early this year. The bill’s sponsor, Rep. Steve Sainz, said Camden officials have not asked for any state money, nor is he aware of any appetite for state lawmakers to provide funding.

“To me the biggest thing is that the authority now gives them the ability to operate the project once it becomes active,” said the Woodbine Republican.

The question of how to turn a Spaceport into county revenue is still up in the air. County officials might lease out some of the property, charge on a per-launch basis, or allot a company a certain number of launches based on the amount of jobs it creates. Virginia’s spaceport received $3 million total from rocket launchers for two commercial launches in 2018.

One Hundred Miles, an organization with a mission to protect the integrity of Georgia’s coast, worries about pollution and other environmental damage the spaceport could inflict on the marshes and Little Cumberland Island and Cumberland Island. 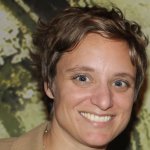 A rocket failure could put some people and property at risk, said the nonprofit’s CEO Megan Desrosiers.

The first version of the FAA’s environmental study cited a 2.5% to 6% failure rate for the type of vehicles that would be launched from Spaceport Camden.

“It is probable that there could be a catastrophe every two years or so,” she said.

The county plans to build the spaceport on stranded industrial property that’s been a manufacturing home for everything from munitions for the Department of Defense to commercial pesticides. The state Environmental Protection Division has designated some of the land as hazardous because of the waste.

The county is looking at buying roughly 12,000 acres, but only using 400 of that for the Spaceport while the remaining acres would offer a buffer, Simpson said.

The FAA’s draft of its environmental study released in 2018 doesn’t cite any major risks to the local ecosystem, although some areas along the island and waterway would be closed during a launch.

Federal approvals could launch Camden Spaceport into next phase