Georgia is one of the few states that put 17-year-olds convicted of crimes on a path to adult prisons and state lawmakers are considering raising the age to 18.

But some lawmakers on the state House Juvenile Justice Committee say they worry that change might let violent young offenders off the hook.

“Raise the Age” legislation was introduced in the Georgia General Assembly earlier this year, but never gained much traction. House Bill 440, sponsored by state Rep. Mandi Ballinger, is still alive for the second year of the two-year legislative cycle and can get another shot at passage next year.

“Georgia really is an outlier,” said Ballinger, a Canton Republican, after Friday’s committee meeting. “If we want justice … it’s important for them to be adjudicated in juvenile court which is better suited for handling those kids.”

Ballinger’s bill would not apply to teenagers accused of serious violent crimes like murder or rape, who under existing state law are tried in adult court anyway.

Georgia, Texas and Wisconsin are the only three states with laws on the books that treat 17-year-olds as adults in criminal court. Governors in Michigan and Missouri recently signed “Raise the Age”  bills into law raising the age in those states for adult prosecution from 17 to 18 starting in 2021.

As of the beginning of this month, Georgia held 77 17-year-old inmates and one 16-year-old inmate in three state prisons where adults are incarcerated, according to the Georgia Department of Corrections. Of those 78 teenagers, most were convicted of felony robbery or theft.

A Georgetown University associate professor of developmental science who specializes in adolescent behavior told the committee that sending 17-year-olds into the adult prison system can doom their chances for potential rehabilitation.

Because their brains are still developing, 17-year-olds tend to submit to their impulses more often than when they get older and seek a kind of short-term thrill of rewards that can land them into trouble, Woolard said. That’s not to say every adolescent who commits a crime should go scot-free, she conceded. But for many teenagers, behavioral issues can be rehabilitated without incarcerating them with adults.

“I think the number of youths who are beyond saving is smaller than we think it is,” Woolard said. “I feel pretty safe saying there is good work that can be done with serious violent offenders for getting them on a good path forward.”

State Rep. Bert Reeves, a former Cobb County prosecutor who now practices criminal defense, expressed skepticism over Woolard’s comments. The Marietta Republican said he’s seen first-hand plenty of “hardened criminals with no remorse” younger than age 18 when they committed crimes. Reeves said he favors raising the age of criminal responsibility for adults, but he wants more information about how other states handle the issue.

“What I’m thinking about is the person who’s been a victim of a very, very violent crime from a 17-year old,” said Reeves, who is Gov. Brian Kemp’s House floor leader. “That’s the catch for me.”

Ballinger said after the meeting that her bill would not soften punishments for juvenile offenders, arguing judges in the state’s juvenile court system routinely set tough penalties teenagers who commit serious crimes.

“The idea that they’re getting away with it is to me a false argument,” Ballinger said after the meeting.

The information doesn’t say how long those 17-year olds stayed in adult jails before being released or whether they have since committed new crimes, said Oliver, a Decatur Democrat. She said it’s been a struggle getting local sheriff’s offices overseeing county jails to give her a full picture of what happens to jailed teens.

“We are not going to be able to make this discussion meaningful until we have that,” Oliver said. 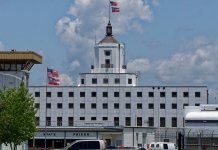 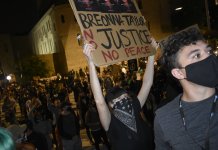 Ga. lawmakers consider raising age for juveniles to be charged as adults