Gloria Hayes said at a hearing Monday if regulators allow Georgia Power to increase its rates, seniors like her who live on a fixed-income might be forced to make some tough financial choices.

Hayes is among the dozen or so seniors who have attended ongoing Georgia Public Service Commission hearings since September to ask regulators to reject Georgia Power’s pending request to increase the minimum base charge from $10 to $17.95 by 2022.

The company’s $2.2 billion rate case resumed this week as Georgia Power executives and consultants took exception with the Public Service Commission staff’s recommendation this month that the utility get only half of what it requested.

Hayes told the commissioners she already struggles to pay her $100 monthly electric bill.

“I am blessed now to pay my monthly bill but this increase is going to be too much,” she said. “It’s not necessary. I pray you reject it.”

The five-member commission is expected to decide the case in mid-December.

Georgia Power and the commission’s staff are far apart on the proper profit margin, if the minimum fee should cover most of the cost increase, and how to pay to clean up the company’s toxic coal ash mess.

The PSC staff recommends that starting in 2021, the power company’s base rate not exceed $2 per month. Other new revenue could come from charges for increased electricity use.

The rate case continues Tuesday with a Georgia Power executive and a consultant expected to make a case for raising the base charge as a fairer approach than weighting energy consumption.

Shifting the rate hike toward customers who use the most electricity means people unable to afford conservation in the form of things like energy-saving appliances end up shouldering a larger load, the company said in filings.

At a nearby press conference during Monday’s hearing, Georgia Conservation Voters and Georgia Ethics Watchdogs called for the state regulators to be accountable to ratepayers.

If the $8-a-month base fee increase is approved, it will not only hurt people struggling to make ends meet, but also discourage others who can afford it from conserving energy, said Brionte McCorkle, executive director of Georgia Conservation Voters.

Georgia Power residential customers will likely pay $200 to $300 more annually if Georgia Power gets the full new base rate and other fee hikes it’s requesting.

“We just really think it’s important that people understand that it’s not a done deal,” McCorkle said. “With having five public service commissioners, they are there to make sure the utility makes sound decisions. They’re also there to make sure they’re not taking advantage of ratepayers.”

Georgia Power says it needs the additional revenue to pay for $450 million in damages from Hurricane Michael and other storms, help cover $1.3 billion in infrastructure investment and recoup $525 million in projected coal ash cleanup costs.

The staff also recommends the utility company scale back its three-year plan and present annual updates for commissioners in 2021 and 2022 to provide more accurate details. The staff also disagrees with Georgia Power on how to finance the cleanup and whether that could save money in the long run.

Executive Vice President David Poroch was questioned Monday about why customers instead of shareholders should pay for remediating 29 ash ponds and landfills where it will store the environmental waste created by its coal-fired plants around the state.

“This is a byproduct of producing electricity for the benefit of customers,” he testified. “These costs had been contemplated in rates for more than 20 years, but those assumptions had to change substantially over the regulations put in place. Now, the company has to do more work sooner and those obligations are more expensive than the previous rules.”

The rate request does not include the looming tab for continued construction of the company’s Plant Vogtle expansion.

However, a PSC staff attorney asked whether the company is downplaying how much of a factor Vogtle is playing with the company’s credit rating and profit margin, two issues the company says could cause more costs to be passed on customers down the road. 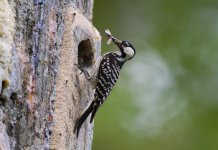