While families come together to celebrate Thanksgiving and Christmas, it’s also the time of the year when more churches, organizations and others lend a hand to Georgia’s food banks.

Millions of pounds of turkeys, hens, and other poultry, along with the assorted sides and trimmings, are headed to family tables this holiday season through the Atlanta Community Food Bank network. It’s one of Georgia’s seven regional food banks that provide meals to seniors, children and working poor families who otherwise might go hungry.

During the holiday seasons, as the outpouring of support rises, so does the need.

Roughly 500,000 children in Georgia are unable to get regular nutritious meals. When school is out that can mean missing out on lunch, often the one consistent meal for a child.

“I think the holiday season is a time when people are thankful for what they have and look for ways to help others,” said Danah Craft, executive director of the Georgia Food Bank Association. “It’s a busier time for our network but day in and day out, week in and week out, our network is helping about 150,000 people a week in Georgia.”

The Atlanta Community Food Bank is the state’s largest nonprofit food distributor, producing 60 million meals annually through a 29-county region. Typically, about 18 million pounds of food is distributed from October through December.

More people typically get meals through community food banks during the winter months as utility bills spike, as well as out-of-school times like summer and spring breaks, said Kyle Waide, president and CEO of the Atlanta Community Food Bank.

The Atlanta food bank serves about 80,000 people each week.

“We’re a full year-round operation but this time of the year I think we are working hard to ensure families have a holiday meal that’s special,” Waide said. “This time of year will be the peak time for us. Financial donations this time of year are really strong. This is the time of year when people are really doing their end-of-the-year giving. It’s also a time when many people volunteer.”

Waide and Craft say some of the most important support for food banks is part of the largest fundraising event for the state association, and begins shortly after the busy holiday season.

On Jan. 12, the evening before the new legislative session begins, the Georgia Food Bank Association will hold its big annual fundraiser, the Wild Hog Supper. It’s a chance for state agricultural leaders, lobbyists and lawmakers to mingle with the public over a meal of pulled pork, fried chicken, sweet tea, peach ice cream and more.

Since the food bank’s association with the Wild Hog Supper began eight years ago, the Farm to Food program it supports has grown, with farmers donating 3 million to 16 million pounds of fresh vegetables and fruits.

Farmers donate unmarketable produce, such as sweet potatoes or tomatoes that are too large, through the state-sponsored program.

“It’s letting the farmers know that they can work with us,” Craft said. “They can trust us that we know how to handle their fresh fruit and vegetables and get them into the hands of people that need them.”

Since the last recession ended, the number of people getting assistance from food banks has remained steady, Craft said.

“What we’re seeing is the rise in the number of people who are working who need it on a periodic basis because there are times when they didn’t get enough hours or their job went from full time to part time, and the food bank network was there to help them get through some tough times,” she said.

Food banks serve many families in need, but federal SNAP benefits, or food stamps, provide at least ten times the amount of food for Georgians as the state’s food banks, Waide said.

“It works essentially how it’s intended,” he said. “It helps people who are facing short-term challenges get access to the food they need to get back on their feet.” 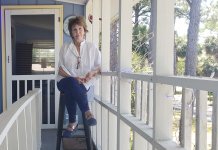 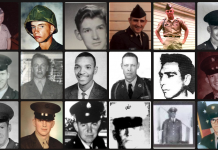 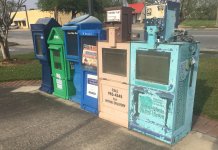