It’s one thing to pay for extra. Express lanes. More TV channels. An extra scoop of ice cream? But we shouldn’t have to pay an extra toll for access to something we need. A fee just to enter your local grocery store? That would seem unfair. So why do we put up with this kind of toll just to use the electricity in our homes?

We often don’t even know we’re paying a toll for electricity. These upfront charges, called fixed fees, are usually hidden on our energy bills. Now, Georgia Power is seeking to nearly double these hidden fees for residential customers, from about $10 per month today to $17.95 per month. This is a charge you have to pay every single month regardless of how much energy you use. In addition to other automatic tacked-on costs and taxes, each household would pay about $300 in automatic fees every year before even flipping on a light switch. Its toll for access will be among the highest mandatory monthly fees in the entire country for big utilities like Georgia Power.

One particularly bad characteristic of Georgia Power’s proposal is that customers who use the least energy would be hurt the most. These low-usage customers include many renters living in apartment buildings, working families earning lower incomes, and seniors on fixed incomes. The average social security check in Georgia is only $1,382, which is already spread too thin between food, rent, transportation, medical bills, and prescription costs. Like these other necessities, electricity is not a luxury. Georgia doesn’t tax for basic groceries, and utility companies shouldn’t charge so much just for basic access. A fairer plan would base bills on how much energy you actually use, so that the less you use, the less you pay.

Mandatory fees help shareholders and executives, not customers. In seeking such a large fee hike, Georgia Power is putting profits over people. Georgia Power made more than $3.5 billion in profit over the last three years, and paid their CEO about $18 million during that time. With so much profit, a steep fee hike is unjustified and unfair.

In addition to this fee hike, Georgia Power is also seeking to raise the price of the energy you use so that, altogether, they will be raising about $2.2 billion more. If Georgia Power gets its way, rates for a typical residential customer would rise nearly $10 a month in the first year alone, and ultimately customers would see a nearly $200 annual increase in their bills.

Thankfully, this Georgia Power proposal isn’t a done deal. It must first be approved by Georgia’s Public Service Commission, a group of elected representatives tasked with deciding reasonable electric rates for customers. That means Georgia’s PSC must take into consideration how the public feels about paying so much more just for the right to use electricity.

We know speaking up works because our neighbors in South Carolina successfully defeated a similar measure earlier this year. South Carolina’s Public Service Commission rejected a Duke Energy plan to significantly hike fixed fees, citing the overwhelming outcry of customers. That commission was so disappointed by Duke Energy’s demands, they even docked the pay of Duke Energy’s CEO and chief executives. When consumers unite, we have more power.

There’s no reason Georgians should put up with these inequitable demands from Georgia Power. We should ask Georgia Power, What The Fee?! The Public Service Commission should rej­ect the proposal. 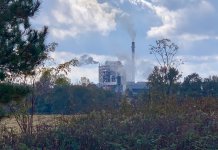 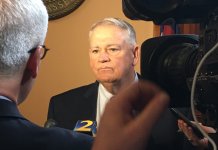 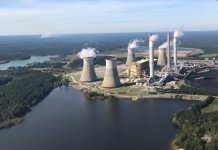