This story was updated at noon Tuesday with comments from state Rep. Sharon Cooper.

A push to ensure low-income new mothers have a year of health care coverage through Medicaid – as opposed to cutting off access for many of them two months after they give birth – is among the raft of proposed legislative fixes coming out of the study committees that met this fall.

The proposal from a panel focused on the state’s high rate of maternal deaths, which routinely places Georgia among the worst in the nation. It was packed into a report released Monday that also recommended mandating autopsies for women who die during or after pregnancy and leaning more on local health departments to provide care to pregnant women and new moms.

Rep. Sharon Cooper, a Marietta Republican who chaired the maternal mortality study committee, says she has been pressing the governor’s office to fund the Medicaid extension even as Gov. Brian Kemp calls for budget cuts in response to unsteady state revenues.

Today, low-income moms are covered for two months after delivery under a special Medicaid program in Georgia that caters to pregnant women. State estimates for adding 10 months of coverage start at about $17 million.

Cooper said Tuesday morning that she is reviewing the cost with the governor’s office and the Department of Community Health, which manages the Medicaid program, and pushing for as much of an extension as possible right now.

State Rep. Carolyn Hugley, a Columbus Democrat, said Monday that lawmakers can’t wait for the state’s financial fortunes to improve. In 2014, the most recent year available, 43 maternal deaths were tied to the woman’s pregnancy. Many of them happened after delivery.

Nearly 60% of the deaths were deemed preventable, according to a state report issued last spring.

“When we think about the fact that mothers are dying trying to give birth, sometimes we have to move beyond the cost and do what needs to be done. Georgia can do better than being 50th the nation when it comes to keeping our moms safe,” Hugley said, referring to a 2010 Amnesty International report.

“It would have been easy to say that we know what the budgetary outlook is so we’re not going to make recommendations that cost money. But we cannot afford to do that because lives are on the line and are at stake,” she said.

Cooper, who also heads the House Health and Human Services Committee, said extended Medicaid coverage alone will not be enough. Raising awareness of the importance of such follow-up care for new moms will likely take time, she said.

A lot of mothers will take their baby in for a visit with a pediatrician but won’t go back to see their obstetrician even though they have health care coverage through Medicaid for those two months following delivery, she said.

“It won’t be a panacea,” Cooper said Tuesday. “Because I think it will take a real educational process to get new mothers who have high risk potential for hemorrhage and post-partum complications to return (to the doctor).”

Still, advocates and others say extending coverage will give low-income mothers an opportunity to seek care for medical problems – like diabetes – that surface during the woman’s pregnancy. It would also give women more time to seek treatment for any complications during the pregnancy.

“We were very encouraged to see that the number one recommendation of the committee is to extend postpartum Medicaid to one year postpartum,” Elise Blasingame, executive director for Healthy Mothers, Healthy Babies Coalition of Georgia, said in a statement Monday.

“We believe this, along with their recommendations involving addressing racial disparities through research and physician training, will be most impactful,” she said.

Black women in Georgia are at least three times more likely to die during or after pregnancy than their white counterparts. Rural women, especially black rural women, are also more vulnerable than women living in the state’s urban centers because of limits on their ability to access the care they need.

The panel recommended encouraging hospitals and medical societies to provide racial sensitivity training for doctors, nurses and other health care providers, as well as emphasize the need for more research on racial disparity, social determinants of health and genetics to understand and prevent maternal deaths.

“The challenge now is not to put this report on the shelf,” Hugley said.

Hugley, who is on the House Health Appropriations Committee, said she also plans to push for lawmakers to restore the $500,000 in this year’s budget for Morehouse School of Medicine’s new research center focused on maternal mortality. State agency officials proposed cutting that money after Kemp ordered spending reductions due to sluggish revenue forecasts.

Cooper said she was also encouraged by updates the committee heard on pilot projects already underway across the state, such as one in Albany that pairs group prenatal care at the public health department with telemedicine support. 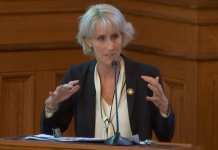 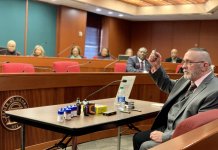