“Scathing” is an insufficiently harsh adjective to describe the state’s recent audit of Georgia’s extremely generous, almost unregulated program to subsidize the film and TV industry. As depicted in the report from the Georgia Department of Audits and Accounts, the program is basically an open invitation to fraud on a massive scale.

According to that report, the subsidy cost Georgia taxpayers $667 million in 2016, a total that jumped to $915 million in 2017, the latest year for which full figures are available. Given that trajectory, it seems safe to assume that it is now over the $1 billion mark. That’s three times as much as it would cost the state to expand Medicaid to hundreds of thousands of uninsured Georgians, and twice as much as offered by the second-most generous state, New York, where film and TV production credits are capped at $420 million.

With so much money at stake, you would think that Georgia would watch the program carefully to guard against abuse. Yet you would think wrong. Of the 32 states offering such credits, Georgia is one of only two that do not require independent audits or the submission of detailed expenditure information by production companies. The other state is Maine, which spends roughly $250,000.

“Deficiencies in the credit’s administrative controls and the significant financial benefit provided by the credit create an environment ideal for fraud,” the audit reports. It also points out that while other states with much smaller programs and much stronger oversight have uncovered multiple cases of fraud, Georgia has never “opened a criminal fraud investigation into any film tax credit recipient.”

Even the rules that do apply aren’t enforced. In 2016, auditors found, only 20% of film and TV projects receiving the credit had submitted the documentation supposedly required to do so.

“When these percentages are applied to the full 2016 population, 359 of 450 projects are missing one or more required documents. These projects represent $523 million of the $667 million in credits granted,” the audit found.

A year ago, of course, film industry leaders and Georgia’s conservative politicians got embroiled in a nasty spat over abortion legislation, and if you’re wondering whether that may have made the tax subsidy something of a target, yes, I wonder that too. It has been an open secret for years that Georgia’s subsidy program was overly generous and rife with possible abuse, but until now it was also considered politically untouchable.

And if the audit didn’t happen by accident, the same is true of the problems that it has uncovered. For decades, Georgia has been handing out tax subsidies to preferred businesses without any apparent regard for efficiency, fairness or maximizing impact. The sloppiness isn’t accidental, it’s basically policy. Nobody assesses whether the tax investments can be justified or whether they can or do produce the jobs that are promised. State officials don’t know those things because they choose not to know.

As a result, Amazon just got $20 million in public giveaways to build a warehouse operation in Gwinnett County that it probably would have built anyway. In Bainbridge, the gunmaker Taurus got $39 million in state and local subsidies, plus 73 acres of basically free land, to build a factory that may or may not produce 300 jobs. An honest economic analysis would tell you that at $130,000 per promised job – promised jobs often don’t turn into real jobs – that’s a bad deal, which is why we don’t do honest economic analysis. Again, we don’t want to know.

The state’s tax-credit program to pay tuition to private schools, also popular with conservatives, takes a similar laissez-faire, “it’s only taxpayers’ money” approach, with almost no accountability. And I can’t help but marvel at the contrast to the way the state administers social programs such as food stamps and Medicaid. For that kind of program, state leaders make it difficult to apply, with long backlogs common, and they act haunted by the idea that somewhere, some poor person might be receiving $30 a week in food stamp benefits they might not technically deserve.

Take the small Medicaid expansion plan proposed by Gov. Brian Kemp, which is estimated to serve just 10 percent of the 500,000 Georgians that would be eligible for health insurance under full expansion. Under Kemp’s proposal, applicants would be required to work, study, or volunteer a minimum of 80 hours a month, and they would have to document those actions to the state’s satisfaction or lose coverage.

Other states have already found those programs expensive and difficult to operate, with tens of thousands of otherwise eligible citizens dropping out because of the bureaucratic hurdles and red tape. Researchers found that many simply lacked the education or experience with computers needed to jump through the required hoops to stay eligible, but hey, rules are rules and we all have to live by them, right?

But for some, the rules are different. 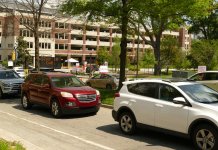 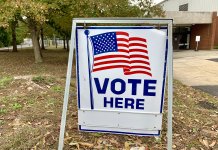 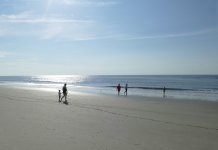