The resolution expresses congressional disapproval of the so-called borrower defense rule, which was revised by Education Secretary Betsy DeVos.

Led by Nevada Democratic Rep. Susie Lee, the resolution was approved with support from 225 Democrats and six Republicans. Opposing it were 179 Republicans and one independent.

Eighteen lawmakers— six Democrats and 12 Republicans — did not cast votes. They included Florida Republican Ross Spano. The rest of the delgation split along party lines — 13-13.

“By passing this resolution, the House made it clear that we care more about defending defrauded students than enriching predatory schools,” Lee said in a press conference after the vote. “We told Betsy DeVos that we’re not going to sit on the sidelines while these institutions scam our families, our friends, our neighbors and our veterans.”

DeVos’ revisions to the Obama-era program make the process for applying for and granting loan forgiveness unnecessarily difficult and burdensome, the resolution’s supporters said. That has left defrauded students — many of whom are low-income, of color or have served in the military — with useless degrees, crushing debt and little recourse for relief.

“These are Americans we should be standing up for, not taking advantage of,” said Lee, who has worked at nonprofit organizations in the education sector.

U.S. Rep. Lucy McBath, a Marietta Democrat, called the rule “unconscionable” and “unacceptable” at a press conference after the vote.

“Today, we have voted to protect our students and hold fraudulent institutions accountable,” McBath said. “Secretary DeVos’ new rule drastically changes the 2016 provision and makes it harder for students to get the relief they deserve.”

GOP Rep. Virginia Foxx of North Carolina, the ranking member on the House Education and Labor Committee, defended DeVos’ revisions on the House floor Thursday, calling them common-sense changes that are needed to address serious flaws in the Obama-era policy, increase transparency and save taxpayers billions of dollars.

At the same time, she charged Democrats with ulterior motives.

The resolution — passed the day after House Democrats delivered articles of impeachment to the U.S. Senate — is “the latest attempt by House Democrats to undermine the Trump administration,” Foxx said. “It seems these attempts will never end.”

Sen. Dick Durbin (D-Ill.) has introduced a similar resolution in the Senate and said Thursday he is reaching out to GOP colleagues to garner their support.

The resolution faces an uphill battle in the GOP-controlled Senate and Trump has threatened to veto the resolution.

But Lee said in an interview earlier this week that the resolution nonetheless serves as a valuable “check” on the administration’s student loan policies.

“Every state in this country has thousands of students that have been defrauded by these predatory schools,” she said. Opponents of the resolution are “going to have to go back to their constituents and explain their vote on this.”

Originally conceived as a form of consumer protection, the borrower defense rule was rarely used until claims began to pile up from students who had been enrolled in for-profit colleges. A big spike in claims came after the closure of Corinthian Colleges, which left hundreds of thousands of students in debt and with an education of little value.

In response, the Obama administration rewrote the rule to set up a system of loan forgiveness in cases of institutional misconduct. The rule took effect in October 2016, months before Trump took office.

When DeVos took the helm of the Education Department, she said she wanted to rewrite the Obama-era rule, which she thought was too lenient.

The Trump administration stopped processing new and pending claims and started work on new regulations. Meanwhile, student advocacy groups sued the agency for inaction. But as the battle works its way through the courts, the pending claims are still awaiting response and it is unclear when or how the department will process them.

Last year, the Education Department finalized its new regulations to oversee the process for future claims. Under the revised rule, students can still seek repayment regardless of whether their loan is in default, but it adds some requirements for repayment for future claims.

DeVos testified on behalf of the change before the House Education and Labor Committee last month. “Any form of blanket approval for forgiveness is not fair to the taxpayers nor does it represent the spirit and intent of any of the borrower defense to repayment rules,” she said at the time.

Bobby Scott, chair of the House Education and Labor Committee, disagreed Thursday, saying in a statement that the Obama-era rule “provides a fair and streamlined process to provide debt relief to defrauded students.”

Foxx, meanwhile, sided with the administration, calling the Obama-era rule “irresponsible” because it exceeded the scope of current practice, blurred the lines between fraud and inadvertent error and came with a “shocking” price tag.

“The Obama regulations created more chaos than clarity,” she said, and were essentially “a backdoor scheme to hand out free education.” 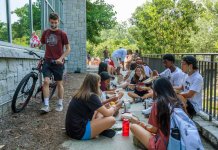 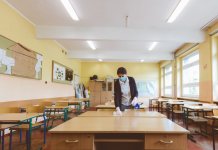 COVID concerns pair with budget constraints as schools brace for 2021 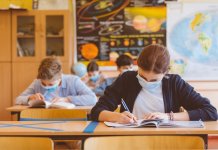