The recent deluge of rain replenishing groundwater supplies in Juliette, Georgia doesn’t provide much sense of comfort to local families relying on well water for their homes, gardens, and farms. Instead of turning on the faucet to make morning coffee, cook pasta, or take life-saving medicines, families are reaching for bottled water. Recent tests show concerning levels of metals such as cobalt, boron, sulfate, and other toxins that are known to be in Georgia Power’s unlined coal ash storage ponds and pits near their homes.

In Georgia, 1.5 Million households relying on backyard wells serve as their own public works department for clean water in their faucets and properly maintained septic tank fields. No matter how hard they may work to maintain their sole source of drinking water, these rural families do not have any means of protecting their water source from coal ash waste contamination. Currently Georgia Power is allowed to heap that waste up in unlined pits and ponds.

Six Democrats in the Georgia House, led by Rep. Robert Trammell of rural Meriwether County, his neighbor Rep. Debbie Buckner in Talbot County, and four metro Atlanta legislators, are working to protect families and farmers relying on wells for their water. The wide-lens view of their proposed legislation, House Bill 756, adds a significant measure of protection to both municipalities and family wells drawing water from rivers and aquifers at risk for coal ash contamination.

Republican state Rep. Dale Washburn, who represents Juliette residents, is reluctant to support legislation requiring Georgia Power to take on cleanup work that will help protect the health of his constituents, both now and in the future. Washburn points to the cost Georgia Power would incur as a reason to put the profits of the shareholders ahead of the families he was elected to represent.

Compare Washburn’s hesitancy to protect his constituents drinking water with fellow Republican state Rep. Rick Williams. Georgia Power shuttered Plant Branch on the shores of Milledgeville’s Lake Sinclair in Williams’s district. There, Georgia Power is putting Plant Branch toxic coal ash in a lined landfill. What’s good enough for the constituents in Williams’ district and in neighboring South Carolina and North Carolina should be good enough for all Georgians living near these waste pits.

Allowing any coal ash waste to remain in unlined disposal pits and ponds will permanently convert Georgia’s water resources into toxic dumping sites benefiting only Georgia Power shareholders in the near term. The legislation to require lined storage for coal ash goes a long way towards putting the health of our water, air, wildlife, and communities, ahead, at last, of the company’s bottom line.

Shareholders have profited mightily from lax oversight of the company’s waste for decades, long past the time when they should have known better than to simply dump this waste in unlined holes in the ground. It should be Georgia Power’s shareholders who bear the responsibility of cleaning up the messes they have made across our state, while also being held to the highest standards for ensuring that our state’s water and air are not threatened by the toxic residue their plants produce. 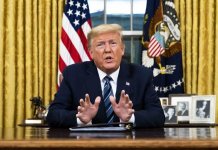 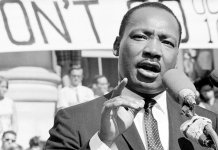