House lawmakers backed a trio of bills that would end a discount on out-of-state coal ash waste coming into Georgia and require long-term monitoring of toxic coal ash ponds that are left in unlined pits.

But they took no action on a proposal that would require coal ash – the residue left behind after burning coal for energy generation – to be excavated and moved into a lined landfill. Frustrated residents from rural Juliette, where a coal ash pond at Plant Scherer sits is in contact with ground water, traveled to the state Capitol to advocate for the bill.

“When we know that people need help, our job is to help and it’s not to leave Georgians as human canaries in a coal mine,” Trammell said.

The issue of coal ash has loomed large over this legislation session after well tests conducted by an environmental group showed contaminants in the residents’ drinking water near Plant Scherer. Large tanks of clean water from the Georgia Emergency Management and Homeland Security Agency were sent to Juliette last month.

Georgia Power is in the process of closing 29 coal ash sites across the state, and it wants to enclose 10 of them – including the one at Plant Scherer – in unlined pits. Trammell’s bill sought to thwart the public utility’s plans before the state issued closure permits.

But some Republican lawmakers said more testing and independent analysis was needed first. The House approved a version of the budget that adds $500,000 to the state Environmental Protection Division to cover the cost of third-party testing and to add two environmental engineers to its solid waste permitting program.

The Monroe County Board of Commissioners also announced Thursday that it had decided not to contract with an out-of-state university for local well testing as contemplated, citing the proposed legislative funding. County officials said they are instead focused on extending public water lines to residents, who currently rely on well water.

In addition to the funding, House lawmakers passed a bill Thursday that would require Georgia Power to monitor the groundwater near ponds that are closed in place and post the results in plain English online. It requires the state agency to inspect these ponds annually during the closure and then every five years.

The bill’s sponsor, Rep. Vance Smith, a Pine Mountain Republican, said at a recent subcommittee that he considered the question of whether coal ash ponds should be lined to be “a whole separate issue.”

House lawmakers also passed a measure Thursday that would require Georgia Power to notify local governments when it drains water from coal ash ponds and another that would put local dumping fees for coal ash on par with regular household garbage.

“Several of our neighbors around the country are under order to excavate their coal ash ponds and without raising this dumping fee or tipping fee in the local communities, we’re liable to be receiving more out-of-state ash,” said Rep. Steven Meeks, a Screven Republican and that bill’s sponsor.

The Senate, which already signed off on a version of the dumping fee bill, also passed a measure Thursday that would ban new landfills – including coal ash dumps – within three miles of the Satilla River in southeast Georgia.

“There are certain areas of our state that are beautiful, environmentally sensitive and worthy of our protection,” said Sen. William Ligon, referring to the blackwater river.

Jennette Gayer, director of Environment Georgia, said she was encouraged by the bills targeting coal ash that progressed, but she lamented the failure of the proposals to require lined landfills.

“Storing industrial waste full of toxic heavy metals permanently submerged in aquifers used for drinking water is not the legacy we should leave for future generations of Georgians,” Gayer said in a statement. 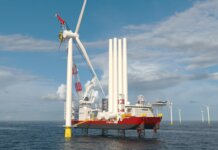