And now Gov. Brian Kemp has issued a statewide shelter-in-place order this week aimed at keeping most Georgians at home until April 13. The order is also intended to simplify the confusing patchwork of beach closings, hotel restrictions and stay-at-home orders recently adopted by local governments along the coast.

The Georgia welcome center off I-95 near the Florida state line did light business this week as tourists made their way north, adapting to travel restrictions and quickly shifting signals from state and federal officials.

Susan Strong stopped there with her sister Wednesday as they headed back to Massachusetts following a three-week visit to Florida.

“We just had planned to go down, take care of some business, and get right out, and kind of got stuck there with this whole thing,” Strong said. “Yeah — we are anxious and scared. We’re not sure what we’re going home to. I live in a very rural part of Massachusetts, so I’m pretty lucky because I’m not near the city. Where we were staying in Florida, there wasn’t much going on, and we stayed only together.

“So, it was OK, but in Florida it was creepy because all the pools were closing, all the beaches were closing, so we were just hunkered down trying to figure out when the best time to make a break for it was.”

By the time she made a break for it, authorities were choking off access points near the Florida border along I-95.

And Camden County posted law enforcement at four I-95 exits to shoo along non-residents, other than to let them fuel up their vehicles and purchase food. People on official business in Camden County are generally exempt from the travel restriction.

As fears of travelers spreading the coronavirus grew in the southeast corner of the state the past week, local officials along Georgia’s 110-mile stretch of coast rushed to set up ways to monitor the arrivals by air and sea as well as the highway.

In Savannah, Chatham County Board of Commissioners Chairman Al Scott said early in the week that checkpoints will be set up to screen everyone flying into Savannah-Hilton Head International Airport and arriving at metro area Amtrak and Greyhound stations. Georgia Ports Authority officials are expected to track arrivals coming up the Savannah River.

“I think what we are doing, with this emergency order, may go as far as controlling (the coronavirus spread) as anything we’ve done, perhaps with the exception of canceling the St. Patrick’s Day parade, and of course the social distance,” Scott said. “I think it’s critical we maintain our social distance.”

Prior to the governor’s shelter-in-place order Thursday, Georgia’s coastal communities issued a hodgepodge of restrictions designed to keep people from mingling and spreading the COVID-19 disease. Those restrictions followed national publicity about spring break crowds descending on south Florida in droves that disregarded social distancing guidelines that existed then.

In an emergency video conference Tuesday, Glynn County commissioners voted to shut down the beaches on Sea Island and St. Simons Island through April 30 and placed restrictions on who can book a hotel room or other short-term rental.

Local officials this week closed beaches on Sea Island, St. Simons and Jekyll islands through the end of April.

“Unfortunately, what happened over the ensuing 14 days, 11 days, is that more and more reports are coming out of groups gathering on the beach, basically flaunting the sort of restrictions we put on the St. Simons beach,” Murphy said.

A photo making the rounds online that showed people congregating brought the issue to a head, he said.

“Personally, I am still optimistic,” Murphy said. “I’ve stayed optimistic through this, but I’m also very realistic after having worked in the medical community for many, many, many years about these viruses. And, we really are very fortunate in that we currently have no patients in the hospital on ventilators.”

Following the governor’s order, state Department of Natural Resources Commissioner Mark Williams issued an order Friday that essentially reopens the coastal beaches but bans umbrellas, chairs and tents. The rules of social distancing still apply for those who do not live together.

According to the Georgia Department of Public Health’s webpage dedicated to the COVID-19 outbreak, coastal counties account for a few of Georgia’s 184 deaths due to the disease as of Friday afternoon. 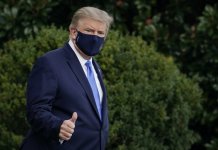