Seven weeks ago, people with a thumb on the pulse of Georgia’s coastal tourism industry got strong signals that the 2020 spring break season wasn’t going to come close to the usual rush of tourists renting hotel rooms, sipping umbrella drinks at the local tavern and feeding families at the island fish shack.

Gov. Brian Kemp took control over such restrictions in early April with a shelter-in-place order that closed all businesses deemed non-essential – an order he lifted last week on a limited basis to allow an array of workers from hair stylists to restaurant cooks to get back to work before his overarching shelter-in-place edict expires April 30.

Kemp’s lifting of some COVID-19 business restrictions drew mixed reviews on the coast late last week, despite the economic battering Glynn County and other oceanside communities expect to continue through the spring.

The Brunswick-Golden Isles Chamber of Commerce plans to use its Facebook page as a clearinghouse for news about restaurants and other businesses reopening. Elite Nails & Spa in the Harris Teeter shopping center on St. Simons Island used social media Friday afternoon to announce it will open today after wavering early last week. The Facebook post lays out detailed safety policies for customers to get their nails done.

“For liability and safety reasons, we now have new guidelines for a controlled environment. Everyone must wear a mask. In the case you do not have one, they can be purchased if available. Due to social distancing and state limitations, please come alone.”

Tipsy McSway’s, a downtown Brunswick pub that usually serves as a hub for musical acts and community events this time of year, doesn’t plan to reopen its inside dining space Monday.

“With as many precautions as we have taken to properly social distance, protect ourselves and restructure our business to takeout, curbside and delivery it feels premature to open the dining room so soon,” Tipsy’s owner Susan Bates said late last week.

New state guidelines for restaurant operations didn’t come out until late in the day Thursday, not enough time for her to prepare to seat customers again, she said.

“I received a call (Wednesday) from the Department of Public Health telling me that they would get information out as soon as possible,” Bates said. “The entire process feels rushed and I would rather be cautious in order to protect our people. Most other restaurant owners that I know of are doing the same thing. I truly understand wanting to get things back to normal but we need to use an abundance of caution.”

However, Kevin McGarvey of Wee Pub announced the restaurant locations in Brunswick, St.Marys and on Jekyll Island will reopen their dining areas.

He said all employees will have their temperatures taken and all employees will be wearing gloves and masks. McGarvey added the restaurants are in a unique position in that each one has at least six different seating sections and two bar sections, so they can rotate seating as needed.

As supporters of Kemp’s decision to lift some business restrictions point out, he didn’t order shops and businesses to reopen, he just gave the owners the option. Still, the governor’s critics say he was slow to place limits on the kinds of businesses that ring up a huge share of their annual sales during spring’s high tourism season. And President Donald Trump last week even joined the chorus of critics who say Kemp is moving too quickly to allow restaurants, gyms and theaters to welcome customers to congregate inside.

Glynn County is home to Brunswick, Jekyll Island and St. Simons Island, and the state Department of Public Health reported the county’s first COVID-19 death there last week. As of Sunday evening, state health officials reported 51 positive tests in Glynn. Chatham County is home to Savannah and Tybee Island, where the mayor drew national news coverage when she protested the state’s reopening of the popular beach there. The state reported six deaths due to COVID-19 in Chatham through Sunday and 206 patients who tested positive for the disease caused by novel coronavirus. Statewide, the department reported Sunday 916 Georgians have died of COVID-19 and 23,481 have tested positive.

With either their local or state officials shutting them down, businesses from Brunswick to St. Simons Island are bleeding money and it’s easy to imagine tumbleweeds rolling through Jekyll Island areas usually teeming with tourists.

Despite Kemp’s announced goal of a partial lifting of business restrictions in order to soften the economic impact, Jekyll Island remains a virtual ghost town heading into this week and officials are preparing for a reality in which visitation won’t return to normal in the coming months. Hotel parking lots are so empty, last week two men took advantage of the wide-open space in one lot near the Beach Village to race remote-control toy cars.

The Jekyll Island Authority is a public agency, so its finances are open to public inspection. The authority released financial projections this week that JIA Executive Director Jones Hooks called sobering.

Spending money on the island begins with causeway gate traffic, which was already down as March began and then nosedived beginning with the day of the beach closure announcements, March 20. By the end of March, traffic coming to the island dropped 48% decline in people who pay for short-term visits.

For the first 12 days of April, traffic was down 84% compared to the same period in 2019 for people without annual passes.

“While that’s not our most important generator of funds, that is an indicator of what the rest of our activities through the authority look like,” Hooks said. The authority brings in nearly half of its annual revenue through a hotel tax and another 14% through parking fees.

“Looking at everything we can possibly do as far as expenses and postponing contracts — which we have done — and also in going into even the next section of this issue, which is obviously we’re looking at how we interface with the public as well as what we’re doing with employees,” Hooks said. “But right now, these are the very best numbers that we could come up with as far as projections.”

The authority’s Chief Accounting Officer Marjorie Johnson said that even with a full reopen of the island’s businesses and tourists returning to hotels and restaurants, an economic recovery will lag. She said the hope is for a May turnaround. 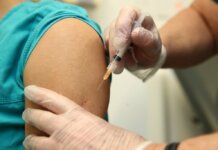