State lawmakers who face primary challengers raised the last dollar for their re-election bids back in early January before they were gaveled into session.

And a law that forbids fundraising during a legislative session – even one suspended for months because of a pandemic – will keep donors at bay until after the final votes are tallied for the June 9 primary. The three-decade-old ban is meant to curb the influence of money on the business of law-making.

Long-time state Sen. Horacena Tate, an Atlanta Democrat, was the lawmaker who asked the question others were thinking: Should the ban apply to an indefinitely suspended session?

Early voting for the primary starts Monday, with Election Day now less than a month away. The primary, which was delayed to June 9 because of the COVID-19 outbreak, usually falls more than a month after the session wraps up.

By the time lawmakers return sometime next month, they will have gone three months without having cast any votes on legislation.

“Why should we be put at a disadvantage? I have three people running against me. They are allowed to raise money. I am not. That’s a disadvantage, however you look at it,” Tate told the Georgia Recorder.

As it turns out, Tate may not have reason to worry. Her closest competitor has collected about $8,000 this cycle while she sits on $90,000 from earlier giving, according to the latest campaign finance reports.

But several other state lawmakers from both parties have found themselves with war chests dwarfed by upstart candidates who have emerged from within their own party.

It’s just one of the many ways the coronavirus has upended the 2020 elections in Georgia, with an unprecedented number of people now expected to vote by mail and candidates unable to make the usual door-to-door campaign pitches.

“All fish fries have been canceled,” said Tifton Republican and salesman Spud Bowen, referring to a campaign mainstay in south Georgia.

One of Bowen’s most successful fundraisers was a large event held on March 12 – just two days before Gov. Brian Kemp declared a public health emergency. He has since limited his politicking in the expansive district to groups of 10, including himself.

Still, the Georgia Chamber of Commerce-backed Bowen has managed to translate support into dollars: He has raised nearly $65,000. The incumbent, newly elected Cordele Republican Sen. Carden Summers, who replaced the late Greg Kirk in a March special election, has raised about $25,000.

‘A little asterisk in history’

Nearly one-fifth of the 236-member Legislature faces a challenger from within their own party. At least a dozen of these incumbents are at some degree of financial disadvantage.

Sen. Chuck Payne is among them. The Dalton Republican, who has a long history in local GOP politics, said he’s well aware that he is caught up in what will one day be “a little asterisk in history.”

His opponent, former Chatsworth mayor Dan McEntire, has raised about $60,000 – about twice what Payne has for this cycle – and that includes about $27,000 collected over the last few months.

Even so, Payne said he thinks a state panel made the right call when it narrowly ruled that the ban on campaign fundraising should stay in effect even as the legislative session remained limbo.

First elected in 2016, Payne said Thursday that he can only hope his record and work as a state senator will be enough to convince voters to send him back to Atlanta.

“I’ve never had to campaign like this when you don’t have much money – and you can’t ask for money,” he said.

Rep. Timothy Barr chairs the House Code Revision Committee, which typically sees just a handful of bills each session. His opponent, Derrick McCollum, who is a firefighter in Gainesville, has narrowly outraised the Lawrenceville Republican first elected eight years ago. McCollum has raised about $70,000 to Barr’s $67,000. There’s also another Republican in the race.

“It’s definitely been a disadvantage not being able to do that,” Barr said, referring to fundraising. “I don’t think when our current laws were written, anyone could have ever foreseen this situation, but it’s the hand that I have to play, and I think we’re doing okay with it.”

‘I don’t feel comfortable asking anyone for money’

Long-time state Rep. Michele Henson, whose opponent – immigration attorney Zulma Lopez – has outraised her by about $20,000, said the old ban on fundraising doesn’t contemplate a lingering crisis that can push the legislative session deep into election season.

“It’s enabled her to do more mailings than I’m able to do,” Henson said Friday. The Stone Mountain Democrat has raised about $56,000 for the cycle compared to Lopez’s $77,000. There are also two other Democrats – also women – running who have raised smaller sums.

Henson said she hopes voters will see the value of her three decades of experience and the institutional knowledge that comes with that.

“I hope they’ll remember how responsive and accessible and visible I’ve been when they go to cast their ballots,” Henson said.

Her opponent, who has been one of the more successful fundraisers in the primary, said from her perspective, the ban on campaign contributions for incumbents hasn’t given her the edge that some assume.

Lopez, who raised the bulk of her campaign funds last year, said she has since backed off her fundraising efforts.

“Some people say, ‘Oh, it’s good for challengers because incumbents are not able to raise money during this time,’” said Lopez, who owns her own firm in Atlanta. “And my response is, ‘Well, I don’t feel comfortable asking anyone for money.’ We are all going through very uncertain times.

“For me, it felt completely insensitive for me to be asking people for money,” she said. “So, I haven’t done that.”

Two Republican state representatives who are being out fundraised have one thing in common: Rep. Jeff Jones of Brunswick and Rep. Philip Singleton of Sharpsburg are both vocal critics of House Speaker David Ralston. The speaker has given $2,800 – the maximum contribution allowed – to Jones’ opponent and has previously donated to Singleton’s.

Singleton, who just won a special election in the fall, faces a rematch with his Republican rival, Marcy Sakrison, who continues to hold the fundraising advantage. Sakrison has raised about $42,000 for this cycle compared to Singleton’s $6,000.

The freshman lawmaker, who ran as an anti-establishment candidate, describes himself as a grassroots campaigner who knocked on 20,000 doors last year.

“You can defeat the establishment with the ridiculous sums of cash that they throw out if you have the grassroots organization and the time to get your message out,” Singleton said.

“Well, COVID-19 has totally destroyed that grassroots platform. Nobody’s knocking on anybody’s door, I guarantee it. So now, it gives a massive advantage to the establishment,” he said.

Jones, who was elected six years ago, said he raised what he thought he would need last year – about $45,000. His primary opponent, former state representative Buddy DeLoach, has raised about $50,000 and continues to collect donations.

Jones said Friday he isn’t worried about his Ralston-backed opponent’s growing campaign account. Jones signed onto a resolution last year that urged Ralston, who is also a north Georgia attorney, to step down over allegations he abused his power to repeatedly delay criminal cases involving his clients.

“The citizens of Glynn, McIntosh and Long Counties know I have worked hard on their behalf and they know that I will continue to do so when I am re-elected, ignoring political pressure to support legislation that is not in the citizens’ best interests,” Jones said.

“I believe (local) citizens are tired of Georgia’s politics of the rich and politically powerful elite,” he said.

DeLoach, though, notes his backers go beyond one of the state’s most powerful elected officials. He rattled off a list of local officials who support him.

The former McIntosh County lawmaker said he thinks Jones’ conflict with the speaker has dulled his effectiveness.

“Politics is a team sport,” he said. “And it really takes a team effort to get things done.”

As for the lingering fundraising ban, DeLoach said he thinks the unusual dynamic has just leveled the playing field for challengers like him who have had less time to line up donors. 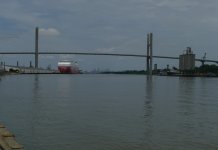 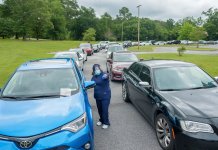 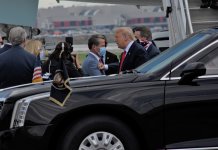