Three months ago, the Georgia General Assembly took a historic hiatus because of concerns about COVID-19. Today, the Georgia Recorder staff returns to the Capitol and a political environment that’s continuing the palpable sense of history in the making. We have not seen anything like this before.

Lawmakers (and journalists) will wear masks. Sanitization squads will sweep through committee hearing rooms wiping down surfaces and replacing microphone covers. The public will have an enhanced ability to watch their government in action via the internet. And 236 legislators will conduct the people’s business six feet apart from one another — and lobbyists. A whisper in someone’s ear will be very conspicuous.

Despite all that accommodation, lawmakers walk into the Statehouse knowing there’s a real possibility that the coronavirus is still likely to spread. About half a dozen of them fell ill after one of the Legislature’s last mass gatherings in mid-March.

But there’s work that can’t wait. And lawmakers have to get it done in the 11 days left in their 40-day annual session.

The state needs to pass next year’s budget before July 1 to keep critical functions going, like funding Georgia’s response to the public health crisis. Hate crimes legislation that was stalled just a few weeks ago is now alive and well and holds bipartisan support, including House Speaker David Ralston’s, as well as many of the biggest names in business in Georgia. The deaths of Ahmaud Arbery in Brunswick, George Floyd in Minneapolis and Breonna Taylor in Louisville, Kentucky, have unleashed a wave of protests and calls for change that cannot be ignored.

When lawmakers left the Capitol on March 12, House leaders were trimming a proposed $2,000 teacher pay raise and vowing to cut income taxes for some of the state’s highest earners. The aim was to pass a $28 billion state budget. Now they’ll scramble to pass a budget totaling closer to $25.5 billion, with each state department reducing its spending by 11%. That shrunken spending will mean lost income for thousands of furloughed state workers and many others whose jobs rely on state spending. It also will mean less money to support education, health care, mental health counseling, employment services and programs that help feed hungry Georgians — exactly at a time when needs are growing in all of those areas.

State senators will kick off the austerity, slicing up a spending plan the House sent them back in March. During recent virtual Senate committee hearings, state department heads painted a bleak picture.

Dr. Kathleen Toomey, head of the Georgia Department of Public Health, told a Senate committee that her department will have to cut more than $17 million in grants to county boards of health to reach her 11% spending reduction. She added that it’s a really bad idea to do that while a new, deadly virus is still infecting Georgians across the state.

An 11% cut to the public schools budget translates into about $1 billion less for a k-12 education system that’s only recently returned to spending levels seen before the last major recession in the late 2000s. During that Great Recession, school systems routinely furloughed teachers, increased class sizes and shrunk the school calendar.

Lawmakers are getting creative. Hiking Georgia’s tobacco tax to the national average could raise an estimated $600 million, a move that polls well among Georgians. But that won’t fill the hole in next year’s budget.

Lawmakers’ to-do list will include other measures that are signs of the times. New regulations for senior care facilities seem primed to gain traction as a response to the reality that older Georgians living in them suffered disproportionately in the pandemic, accounting for nearly half of the state’s deaths. Environmental causes, like coal ash regulations are teed up for lawmakers to send to the desk of Gov. Brian Kemp. And, even in these unprecedented times, bills that are only of interest to local communities are likely to wind their way through the legislative maze.

The Georgia Recorder team looks forward to bringing you regular reports of history in the making as we chronicle the rest of the 2020 legislative session. The warning I gave in January seems even more apt now. Fasten your seat belts. It’s going to be a bumpy ride. 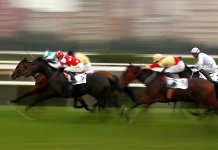 Lawmakers return during pandemic, recession and historic calls for justice