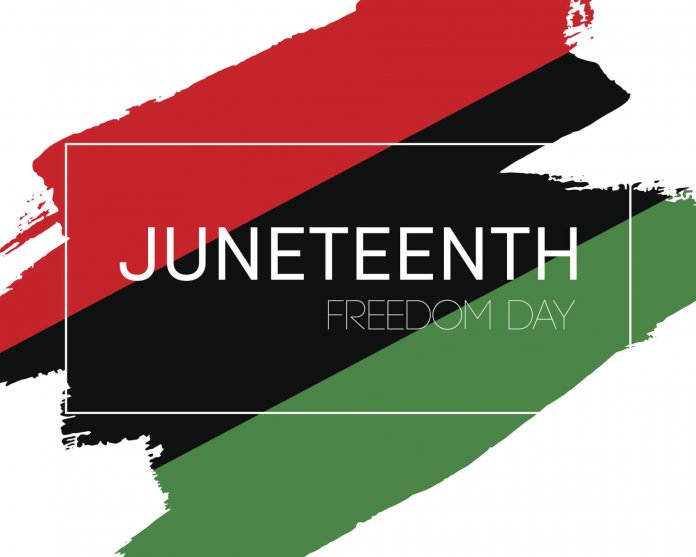 “You weren’t that interested in having a Juneteenth in the middle of the Square,” said Deane Bonner, who is the president of the Cobb County NAACP. “But every obstacle they put in our way, we tore it down.”

Things have changed since then. Now, Bonner says local officials are partners in the annual event celebrating the end of slavery in America. And what once drew a mostly Black crowd now brings in a far more diverse following during the three-day affair.

This year’s event will be much different, though. It will be a shortened celebration due to COVID-19, but it will also be a more solemn occasion, as attendees remember those lost to injustices at a time of national reckoning over racism and police brutality.

And these Juneteenth celebrations will also happen Friday as more Americans learn about the holiday, even though it has long been celebrated in Georgia and elsewhere.

State Rep. Miriam Paris learned for herself how little understood this history is when she tried to make the case this year for a bill that would officially recognize Juneteenth in Georgia.

“They had no clue what I was talking about. They were like, ‘June- what is that?’” the Macon Democrat said of her Republican colleagues.

Juneteenth, also known as Emancipation Day or Jubilee Day, celebrates the anniversary of the Union Army’s Major General Gordon Granger arriving in Galveston, Texas, in 1865 to announce the end of slavery and the Civil War. This was some two and a half years after President Abraham Lincoln issued the Emancipation Proclamation. Texas became the first to make Juneteenth a state holiday in 1980.

The growing awareness of the holiday is partly due to the blistering headlines that followed President Donald Trump’s decision to hold his first political rally since the pandemic on Juneteenth in Tulsa, the site of one of the worst racial massacres in U.S history. He later agreed to delay the visit by one day.

Juneteenth has now officially hit the mainstream. Companies, like Target and Nike, have announced plans to observe the holiday. Virginia and New York’s governors have made the day a paid day off for state workers. Grammy-winner Pharrell Williams, a Virginia native, called on other governors – including Georgia Gov. Brian Kemp – to do the same.

Her push to add Juneteenth to the list found some support, enough to make it out of a House committee in March. But it did not clear the House by Crossover Day, when a bill needs to clear at least one chamber to have the clearest path to becoming law. Lawmakers are now entering the homestretch of this year’s session, with just seven days left.

But if the day is recognized, Paris hopes it will not be seen as only a Black holiday.

“I think the thing about Juneteenth is it introduces America to a part of history that has just been so neglected and buried so deeply,” Paris said.