A controversial bill that has drawn opposition from some of the farmers proponents say the proposed law would protect passed out of the Senate after an impassioned debate – and competing claims of farm heritage – but an altered version of the measure faces an uncertain future.

Senators swapped barbs over the so-called right to farm bill that environmentalists and others have panned as “right to harm.” The measure was unexpectedly put to a vote Thursday after being tabled in February, and it passed this time with a 29-to-21 vote after a seemingly technical change was made over the strong objections of the bill’s supporters.

Sen. Jesse Stone, a Waynesboro Republican and attorney who chairs the Senate Judiciary Committee, pushed for the change, which would allow someone to file a legal complaint within two years of an offending noise or some other nuisance. Supporters wanted to limit complaints to two years after the start of an operation, which Stone argued was vague.

“A permit can be issued and the nuisance not start occurring until that two-year period is up,” Stone said. “We pass complicated laws that have unintended consequences. We don’t want to go down that path with this bill.”

Sen. Tyler Harper, an Ocilla Republican and farmer, opposed the change. He said it would undermine the goal of protecting farmers from “a perpetual time clock that never ends” for nuisance claims.

The contentious legislation is a response to recent eye-popping jury verdicts against the world’s largest pork producer in North Carolina, where neighbors successfully argued that spray fields and open-air pits of feces and urine ruined their quality of life.

Proponents argue an update is needed to shield agricultural producers in Georgia from complaints from newcomers who object to the sounds, sights and smells of farm life.

But opponents argue the changes would actually make way for massive agricultural operations at the expense of small farmers who have deep roots in Georgia. A group of farmers sent a letter to Gov. Brian Kemp objecting to the proposal this month, citing worries that a large-scale producer could come in and disrupt their quality of life and they would have little recourse. One farmer equated it to taking away someone’s guns.

“This is an abomination. The current law works,” said Sen. Zahra Karinshak, a Duluth Democrat and an attorney.

“We are putting our economy at risk – our great agricultural economy that this state is known for – at risk. Why? We’re selling out the small farmer. That’s what we’re doing. Make no mistake about it,” she said. “I am standing here for the farmers and for this economy, and you will answer for this vote when you go back to rural Georgia.”

The bill now goes back to the House for a vote on the new version. Attempts to reach the sponsor, Rep. Tom McCall, an Elberton Republican and farmer, were unsuccessful Thursday afternoon. Representatives of the Georgia Poultry Federation and the Georgia Farm Bureau, two major backers of the bill, said Thursday they were studying the change made Thursday.

“We are evaluating the practical impact of the amended bill and will continue working with legislators as it moves through the process to ensure farmers are reasonably protected,” Alex Bradford, the bureau’s state affairs coordinator, said in a statement.

The recent development, though, did nothing to win over opponents, who argue Georgia’s law that has been in place since the 1980s is working just fine. The proposal would reduce the time allowed for someone to file a complaint, cutting it from four years to two, and make other changes.

Gordon Rogers, executive director of the Flint Riverkeeper, said the changes made in the Senate eliminated “some of the most destructive parts” of the proposal. But he said the group is still opposed because of the shorter timeframe for filing a complaint.

“That is an erosion of property rights for existing farmers and other rural property owners,” Rogers said Thursday. “Anytime you erode property rights, that’s not good.”

April Lipscomb, senior attorney with the Southern Environmental Law Center, called the bill “still completely unnecessary.” She noted that there hasn’t been any massive spike in nuisance complaints that would justify changing Georgia’s three-decade-old law. Some argued Thursday that the bill would introduce ambiguity into he law that could trigger more lawsuits and uncertainty. 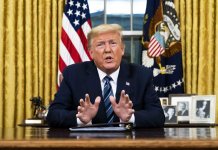 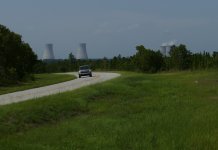