“Say you’re a real estate agent and you go show a house,” said McAfee, who is also a court mediator. “You provide masks, but the client decides not to wear a mask and gets sick. You find out later the person selling the house had COVID, you don’t know where or when he caught it, but now the customer is going to sue not only the homeowner, but also the real estate agent.”

A bill on Gov. Brian Kemp’s desk aims to protect businesses from frivolous lawsuits stemming from COVID-19 cases. But critics say the measure goes too far and leaves workers who get sick with no legal remedy.

“The bill offers no protection for employees in workplaces that are not being provided with proper PPE,” said Yvonne T. Brooks, secretary-treasurer of the labor union Georgia AFL-CIO.

The AFL-CIO represents workers who often operate in close quarters, including four poultry workers who died of COVID-19, Brooks said.

Senate Bill 359 shields companies from legal liability for cases of COVID-19 unless they show “gross negligence, willful and wanton misconduct, reckless infliction of harm, or intentional infliction of harm.” Businesses, health care providers, homeowner associations and others would need to post signage telling people they enter at their own risk.

The term “gross negligence” was a sticking point in the final minutes of the just-ended legislative session, with Democrats arguing the bill sends the wrong message to Georgia businesses.

In the House, Democrats said the legislation puts business interests ahead of the welfare of workers.

“Businesses don’t get COVID, people get COVID,” said House Minority Leader Bob Trammell, a Luthersville Democrat. “This bill doesn’t seek to protect people from COVID, it seeks to protect businesses against people. If we want to talk about safety, what we should be talking about is ways to make workers safe, ways to make Georgians safe -that’s the missing piece of this bill.”

Workers will still be able to file worker’s compensation claims under the proposed law, said Cedartown Republican Rep. Trey Kelley, who carried the bill in the House.

That doesn’t mean it will be easy for an employee who contracts the coronavirus at work to sue, Brooks said. A COVID-19 patient can transmit the virus to others before showing symptoms, which means bosses could try to deny their workers got sick on the job.

“Workers already have a hard time claiming workers’ comp,” she said. “With those four people that died at that chicken plant, the employer can easily say they didn’t get it here, they got it somewhere else.”

That element of uncertainty demonstrates why the protections are necessary, said McAfee, the real estate agent.

“There’s a difference in deliberately being negligent when you know what the rules and regulations are, but, let’s face it, nobody knows the rules of this disease,” she said. “Every day, we’re finding out more and more that proves to us it’s an unknown. How can you protect your customers from it when the government can’t even tell you how?”

The bill represents the most significant change to Georgia’s tort laws in a session where other reform efforts floundered despite widespread support from businesses and the influential Georgia Chamber of Commerce.

A bill to cap jury awards and punitive damages died on the Senate floor in March, the day leaders suspended the session out of concern of spreading COVID-19.

The Georgia Trial Lawyers Association has previously resisted attempts at tort reform, but spokeswoman Ashley Williams said this week that the association finds this measure acceptable.

“We have had a seat at the table with Legislators, the Braves, Hawks, Falcons, United, the Metro Chamber, hospital and health care providers, and businesses to craft COVID liability legislation,” Williams said. “Throughout the process, we have been unwavering on three things: that this bill be limited to COVID cases; that it be limited in time; and that it not protect against gross negligence. We believe that we have found a compromise in SB 359 that meets those requirements.” 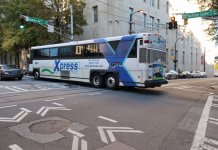 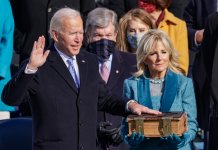