The latest Georgia county to show up on a national ‘‘hot spot’’ list for high rates of COVID-19 is Stewart County, at least in part linked to an outbreak in the immigration detention center there.

The U.S. Immigration and Customs Enforcement (ICE) says on its website that through June 30, 55 detainees at the Stewart Detention Center have tested positive for COVID-19, and 24 are being actively monitored for the disease. One inmate there has died from coronavirus.

But COVID-19 has also spread in the community, said a Public Health official, who cited a big jump in cases from Friday to Sunday.

Stewart, south of Columbus on the Alabama line, is No. 4 among U.S. counties that have the highest number of recent cases per resident, in a listing published in the New York Times.

Georgia, along with many other states, has seen its number of new cases rising sharply in recent days. Recently, Chattahoochee County – home to much of the Army’s Fort Benning and just to the north of Stewart County – made the New York Times listing, following other hot spots in LaGrange, Valdosta and Albany.

Albany, a hub of the southwest Georgia region, was the hardest-hit city in the state early in the pandemic, and now has another rise in cases. Phoebe Putney Memorial Hospital, which has reported more than 100 COVID-19 deaths, said that on Friday, it admitted seven new COVID-19 patients in Albany, the hospital’s highest one-day total since May 22.

“We know other communities in Georgia are currently seeing even greater increases,’’ Scott Steiner, Phoebe Putney Health System’s CEO, said in a statement Monday. “These numbers should serve as a warning to every Georgian. This virus has not gone away. People are still getting sick, and the number of patients requiring hospitalization is increasing.’’

Late Monday afternoon, Atlanta Mayor Keisha Lance Bottoms said on Twitter that she has tested positive for the virus.

“COVID-19 has literally hit home,” the mayor wrote. “I have had NO symptoms and have tested positive.”

Stewart County has a population of just 6,058. But the county has had 184 infections, three deaths and 32 hospitalizations as of Monday afternoon according to the state Department of Public Health.

The county saw 49 new positive cases from Friday to Sunday. “So many people aren’t wearing masks or social distancing,’’ said Pam Kirkland, a spokeswoman for West Central Health District. She said the numbers in Muscogee County, home to Columbus, are also rising, which she attributed to people not following health guidelines.

The Stewart Detention Center, one of the largest U.S. Immigration and Customs Enforcement facilities, has had past health-related problems, according to an advocacy group.

“The hygiene situation has always been pretty bad,’’ said Azadeh Shahshahani, legal and advocacy director for Project South, a social justice organization based in Atlanta. There have been five deaths of detainees there over the past three years, she said.

It’s difficult to maintain social distancing among the immigrant detainees in such centers, Shahshahani said.

CoreCivic, the private contractor that runs the facility, said Monday that 55 employees at the center had tested positive for coronavirus so far. “Of these cases, 49 employees have recovered from the virus and have been medically cleared to return to work. Any of our employees that have not yet returned to work are recovering at home and are in regular communication with their health care providers.’’

Two ICE employees at the center have also been infected.

A 34-year-old Guatemalan man died in May after testing positive for COVID-19 at the Stewart center. He had been hospitalized for over a month at a Columbus hospital.

Santiago Baten-Oxlag was the second person reported to have died from coronavirus while in ICE custody. He was arrested in early March after a conviction for driving under the influence, WABE reported.

An ICE spokewoman told GHN on Monday that the 24 currently infected detainees at the Stewart Center represent less than 2 percent of the population there.

The agency, on its website, says it is working closely with federal, state, and local agencies “to facilitate a speedy, whole-of-government response in confronting [COVID-19], keeping everyone safe, and helping detect and slow the spread of the virus.”

A 2017 report by Project South said conditions at the Stewart center, and one in Irwin County, were not sanitary. “The unhygienic environment and poor living conditions not only take a toll on the detained immigrants’ health, but also have a negative and disturbing impact on the minds of the individuals being held in detention.’’

Project South and other groups wrote a letter in March to Georgia’s congressional delegation, asking that they “prioritize the immediate release of detained immigrants under ICE custody in light of the growing public health crisis caused by the COVID-19 outbreak. The threat of a COVID-19 outbreak in immigration detention centers is imminent. Immigration detention centers are already a hotbed for the transfer of various infectious diseases.’’

This story appears in the Georgia Recorder through a partnership with Georgia Health News. 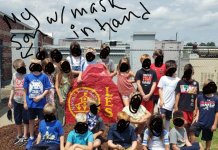 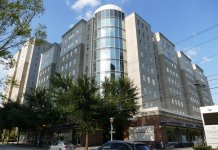