Georgia’s citizen’s arrest law drew withering criticism Monday from civil rights advocates who called for a House legislative committee to push for a repeal of an antiquated and dangerous law rooted in racism that dates to its use to detain suspected escaped slaves.

The law captured the attention of many lawmakers and the public after it was used to justify the detention and subsequent killing of 25-year-old African American Ahmaud Arbery in Glynn County early this year.

The archaic Civil War-era law poses a significant safety risk, especially when transporting someone from one place to another, said Marissa McCall Dodson, public policy director for the Southern Center for Human Rights.

It’s better to leave arrest powers to police officers who have undergone training, she said.

“The necessity for private persons to assist in the pursuit of justice has sharply declined, and there is a profound need that the state finally begins to address laws like citizen’s arrest that are too often used to justify violence against Black people in our state,” Dodson said.

Dodson was one of several people attending the virtual meeting who asked members of a state House committee to work to repeal the law in next year’s legislative session. Others joining her included representatives from the Georgia NAACP and the American Civil Liberties Union of Georgia.

The release of a video depicting Arbery’s death sparked national outrage and led to calls to either repeal or change the law that a Waycross prosecutor cited in a letter as justification for the actions of the men who chased down Arbery in a neighborhood near Brunswick.

Attention shifted to revisiting the citizen’s arrest law following the passage in June of a historic hate crimes law. Rep. Chuck Efstration, a Dacula Republican who sponsored the hate crimes bill and chairs the committee, has said he’s optimistic that the hearings will help the group fashion proposed legislation for next year’s General Assembly to consider.

Monday’s meeting was the first in a series for Efstration’s committee, which is set to again take up the citizen’s arrest law July 23.

Changes to Georgia’s citizen’s arrest law failed to pass this year, as did more than a dozen bills aimed at scaling back police tactics. The citizen’s arrest bill, like the others, was introduced in the final days of the 2020 legislative session when new proposals faced long odds of passing.

Long-time Gwinnett County District Attorney Danny Porter said the law is too confusing and requires more expertise than an untrained person has for what can be a life or death decision. The law is often misused, for instance, where people attempt to detain someone for violating a local noise ordinance, Porter said.

“They usually are by someone’s misinterpretation of the law,” Porter said. “Citizen’s arrest, in this age of increased police forces, is really kind of an archaic concept.”

Porter argued that lawmakers should maintain the ability of a merchant or homeowner to detain burglars and petty thieves to give them an option short of shooting someone bent on stealing from them.

Some criminal justice reform advocates said they’d support an exception to continue allowing a “shopkeepers privilege” for security guards and others to detain a shoplifter.

One lawmaker bristled when Georgia NAACP president James Woodall said the racist undertones of the citizen’s arrest law that resulted in lynchings a century ago persist today.

“There is no escaping the legislative intent of why this statute was created in the first books,” Woodall said. “So to ignore that would be to literally be complicit in white supremacy.”

Rep. Ed Setzler, an Acworth Republican, took exception to Woodall’s framing, which delved into the history behind the law.

“There are 18 things you said that were reckless and indefensible, and I think it trivializes the real issues here in play,” Setzler said.

Rep. Bert Reeves, a Marietta Republican, said he wants to see more clarity to know whether repealing the law means someone can no longer legally detain a person they catch breaking into their home or car.

The state already has self-defense laws like the castle doctrine that defines the amount of force someone can use if their home is broken into, said Rep. William Boddie, an East Point Democrat.

“We already have statutes on the books that may already cover this without the need to continue to have a citizen’s arrest statute,” he said. 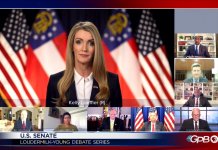 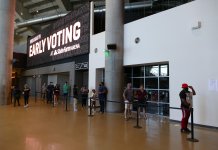 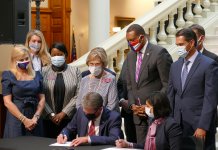