This post was updated at 5 p.m. July 17 to include comment from the Professional Association of Georgia Educators.

Georgia school districts should open classrooms for face-to-face instruction this fall, Gov. Brian Kemp said Friday, which runs counter to the unfolding plans of most of the state’s largest school systems.

“I understand the concerns from parents, I understand the concerns from teachers,” Kemp said at a media briefing at the Capitol. “I’m very appreciative of literally all those folks, including our kids, who have been through missing their graduations, having their whole world turned upside down over this, there’s bad outcomes of not having kids in the classrooms, from a nutrition standpoint, child abuse, human trafficking and other things that go on, so I’m a believer that kids need to be in the classroom.”

Five of the state’s six largest school districts – Clayton, Cobb, DeKalb and Fulton county schools as well as Atlanta Public Schools – are planning to start the year next month with digital learning. Those districts represent over 419,000 students and teach nearly a quarter of the state’s public school students. The state’s largest district, Gwinnett County Schools, is offering both in-person and online classes when school is scheduled to start next month.

The governor’s remarks came the day after the Cobb and Fulton school districts reversed course on previously announced hybrid plans with a mix of in-person and online classes. Smaller metro Atlanta districts, including Douglas County and Marietta City Schools, announced their own digital plans the same day.

The districts’ plans put them at odds not only with Kemp but with state Superintendent Richard Woods and public health Commissioner Dr. Kathleen Toomey, both of whom said Friday in-person learning is safe and in Georgia students’ best interests.

School officials well understand the importance of face-to-face interaction between teachers and students, but each district has to weigh its own safety concerns, said Craig Harper, executive director of the Professional Association of Georgia Educators.

“Returning to Georgia’s classrooms is an important step in adapting to the continued presence of COVID-19. However, doing so must be accomplished in measured ways that provide the safest possible environment for educators and students,” he said. “Local school leaders are making informed decisions about when it is safe to open campuses, and many have determined that virtual instruction is the best, safest option for their communities. Georgia educators have a strong desire to reunite with students in classrooms, however, that desire is matched by their equally strong expectations that doing so will occur according to a process and timeline that protects the health and safety of all involved.”

In counties pushing to open brick-and-mortar classrooms next month, the safety standards the schools plan to use can create tension among parents who agree with Kemp’s push for in-person learning and those who are more reticent. Such was the case at a Cherokee County school board meeting where parents and teachers argued over requiring mask-wearing in schools.

Kemp downplayed concerns over spreading COVID-19 in schools, but said he has not considered ordering schools to open for in-person lessons.

“I wouldn’t really want to speak to that. I haven’t really thought about that,” Kemp said. “I think the schools are trying to do the right thing. It’s my hope that we’ll get kids back in the classroom.”

The news media is exaggerating the risks of contracting COVID-19, Kemp said.

“When the newspapers and the media only write about one side of the story, not writing about the lack of risk, everybody’s having risk, people that have been working at grocery stores through all of this, people that have been critical infrastructure jobs go to work every day with risk, our law enforcement, police departments, state patrol, National Guard, protecting peaceful demonstrators and going after those that are disruptive, they face risk every day from the coronavirus,” Kemp said. “We have to be very smart about how we do this.”

Children do not appear to be at higher risk of COVID-19 complications than adults, according to Centers for Disease Control and Prevention data. Young people make up a small portion of cases in Georgia, though many young people have been absent from large gatherings since Kemp closed schools in March.

“I have a hard time visualizing that if groups of 20 athletes can’t safely get together and practice and condition, I’m not sure how we can foreseeably do school in a safe manner,” Looney said in a video message announcing the district’s digital-learning plan.

It’s all but inevitable that COVID-19 will spread in Georgia schools, Kemp said, but school leaders and health officials are prepared to deal with cases as they arise.

“This isn’t going to be easy. There’s going to be challenges, but every new school year has a challenge,” he said. “We’re going to have cases and breakouts in the schools, either with personnel or perhaps students, just like you do with a stomach bug, flu, something else, our schools know how to handle the situation, Dr. Toomey has been working with them on what the protocols are for that where you don’t have to shut the whole school down.”

Those protocols include a 14-day self-quarantine period for a student or school employee who is exposed to someone who has tested positive for COVID-19, but the word exposure comes with wiggle room, Toomey said.

“The guidelines are that if a child is exposed, there is a requirement to quarantine, just as any other situation, but how many people are exposed really is a determination made by the epidemiologists working closely with the schools because not everybody in the classroom is considered to be exposed because an exposure is a close contact for 15 minutes or longer, and that’s not the case,” she said.

Schools will decide which potentially exposed students and staff will need to quarantine in conjunction with state and local health departments incorporating factors such as classroom size and number of people potentially exposed, Toomey said. 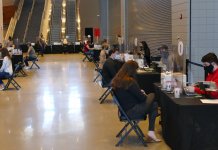 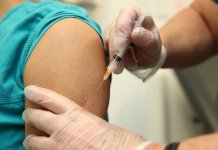 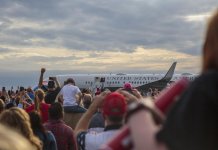 Schools going digital, but Kemp says ‘kids need to be in the classroom’