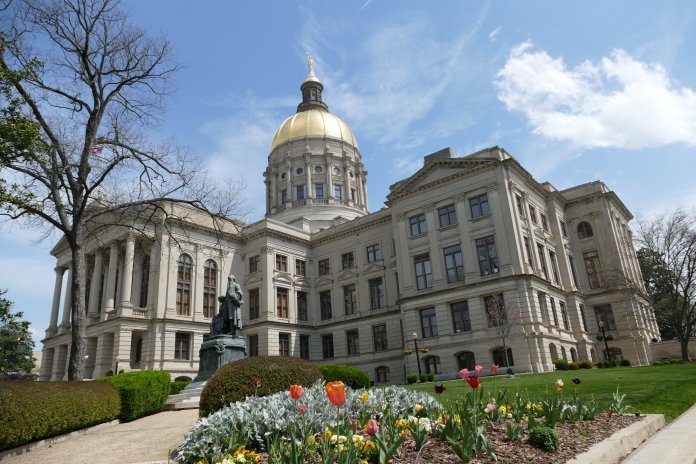 Georgia’s budget writers ended the week on a somewhat sunnier note after months of economic gloom, with last month’s revenues on an upswing and a late-week announcement that the governor would not order additional spending cuts.

But the reported boost in state revenues in July could be temporary. The enhanced federal $600 weekly unemployment payment that helped buoy the state’s income tax revenues – and possibly also sales tax revenues – has now expired and GOP leaders in Washington have so far resisted calls to renew it.

Congress had not reached an agreement on another round of coronavirus relief that would boost unemployment assistance – and possibly also aid for states and local governments – by the Friday deadline.

Rep. Terry England, an Auburn Republican who chairs the House Appropriations Committee, said Friday that the state’s revenue trends show that the economic pain from the pandemic may not be as severe as first feared. But the effects could be longer lasting than first thought.

“We’re happy with what we’re seeing but we’re still operating on a budget that’s 10% smaller than what prior year’s budget was, which means that there are services that are not going to be rendered to individuals who may need services,” England said.

The state Department of Behavioral Health and Developmental Disabilities, for example, has announced it will lay off 200 employees, according to Georgia Health News. Lawmakers passed a budget in June that cut $2.2 billion from the budget, with k-12 losing nearly $1 billion in funding.

Overall, last month’s revenue collections were up 17%, with notable increases in income and sales tax collections.

England attributed the bump in sales tax revenues – up nearly 10% over last year – to the enhanced unemployment checks, a new law that taxes third-party online retailers like Etsy.com and a general acceptance of the so-called new normal.

“I think there’s more comfort with folks moving around and getting about with knowing, ‘Well, if I wear a mask and I don’t touch my face and play with my nose, if I take at least a few precautions, it’s a little easier for me to get out and about,’” England said. “Folks have been cooped up for so long now that they’re just kind of busting at the seams to get out and go.”

After delayed income tax filings were tallied last month, the budget shortfall was reduced to $92 million, down from $1 billion, according to a press release issued Friday by Gov. Brian Kemp’s office.

Danny Kanso, tax and budget policy analyst with the Georgia Budget and Policy Institute, said comparing final revenues to last year paints a rosier picture of the state’s finances than warranted. Compared to the governor’s revenue estimates for last year, which is what budgets are built on, tax collections fell short more than $300 million.

“While these numbers are not as catastrophic as we may have expected early in the pandemic, they certainly do show a pretty large hole in the budget for (fiscal year) 2020,” Kanso said.

There is a lot riding on what Congress – or perhaps the president – does next. The tax withholdings from extra unemployment payments at a time of increased joblessness likely inflated revenues by more than $100 million, Kanso said.

“So many families are facing the prospects of those payments ending,” Kanso said. “And that could not only mean a big revenue hit to the state, but it could also mean a real acceleration in the economic downturn and some very concerning things as we think about folks struggling to make their payments on their homes, to make their rent, to put food on the table.”

There is also a growing cry for Congress to include another round of federal aid for states and local governments. Republican House Speaker David Ralston sent a letter this week to Georgia Republican U.S. Sen. David Perdue and Sen. Kelly Loeffler asking for another $500 billion in aid for “flexible general fund assistance.”

“Georgia’s economy is a typically a strong network of diverse revenue streams, but the pandemic has all of them, even those like motor fuel that typically tend to resist downturns,” Ralston wrote in the letter.

He’s not the only one calling on the state’s U.S. senators.

“America’s communities are hurting in Georgia and all across this country,” said Vince Williams, mayor of Union City in Fulton County and president of the Georgia Municipal Association.

“And certainly, if Congress is committed to stopping that hurt and easing the economic and health burdens weighing on the American people and on Georgians, they need to get out from the halls of the Capitol and face the real reality of what is happening in our communities.”