As Carla Miralles’ hours waitressing at a Brookhaven restaurant shrank as the COVID-19 pandemic kept customers away, the lack of work stressed her ability to pay the rent at her two-bedroom townhouse.

The 32-year-old mother is one of the thousands of Georgians at risk of being kicked out of their homes after losing income and falling behind on their rent. Housing advocates warn of a crisis after a flood of renters are evicted now that the majority of Georgia’s magistrate courts have resumed eviction proceedings after shutting down for months in response to the public health emergency.

Federal legislation stopped landlords from evicting many renters during a four-month period that ended July 25. The CARES Act included a 120-day moratorium for renters who participate in federal housing assistance programs or live in a property with a federally backed mortgage.

For Miralles, avoiding eviction meant cobbling together money from housekeeping and other odd jobs while she waits for the restaurant industry to slowly rebound.

“I don’t know how much longer I’ll be able to hold on after I pay the (September) rent,” she said.

In March, a statewide shutdown forced many restaurants and other businesses to close their doors as unemployment rates skyrocketed. While the jobless rate continues to improve since an April nosedive, it remains about double what it was before the pandemic recession hammered the state’s economy this spring.

Although Georgia did not officially stop all evictions, the state Supreme Court’s emergency order that courts should only take up essential matters had the same effect, said Susan Reif, director of the Eviction Prevention Project at the Georgia Legal Services Program.

Many of those eviction notices will expire just as courts catch up to a backlog of cases and landlords file new ones, Reif said.

Those cases are playing out in virtual and in-person magistrate court hearings across the state and nationally.

For a few months at the outset of the financial crisis, federal relief supplemented state jobless benefits with a $600 weekly payment that kept many out-of-work Georgians afloat. But that help expired July 31.

Sunday, the Federal Emergency Management Agency announced it approved Georgia for its new Lost Wages Assistance Program grant that could restore at least some of the unemployment boost from Washington. President Donald Trump announced the $44 billion plan Aug. 8, which gave struggling Georgians who lost work to COVID-19 hope that a supplement might return. The FEMA money could increase Georgia’s weekly unemployment benefit by $300 or potentially more if the state chips in another $100. State officials at first were undecided if they’d sign on.

The Aspen Institute, a Washington, D.C., think tank, predicts that as many as 40 million people nationwide, including 1.3 million Georgians, are at risk of being evicted by the end of the year. This summer, about 478,000 Georgians reported not having made a monthly rental payment, according to the U.S. Census Bureau’s Housing Pulse Survey.

Reif said her renters’ legal assistance program is getting some much-needed financial backing from the United Way of Greater Atlanta, but it’s still a struggle to meet the unprecedented demand.

“If you’re talking about 400,000 evictions in the state, a large percentage of those are going to be low-income people,” she said. “Let’s be honest; COVID-19 doesn’t hit every demographic the same. It’s especially hurting those hourly workers who lost their jobs, service industry workers, people who don’t have a job where they can work from home.”

Black and Latino people are more likely to be forced to move out of their homes, both in Georgia and across the country.

A Georgia State University report “Courts in Crisis” published in May found a wide variation in how counties handle evictions during the pandemic, with some suspending proceedings and others moving forward with online hearings.

It’s another confusing element for tenants who are often unaware of their legal rights and end up moving out as soon as they receive a notice about overdue rent, said Lauren Sudeall, a Georgia State associate law professor.

“There’s a lot of value and understanding of what the process involves and knowing what information you can present on your behalf,” she said.

Money for a coronavirus rental relief program came from the CARES Act, which included $45 million to be distributed by the Georgia Department of Community Affairs.

Some of that money went to nonprofits like Atlanta’s Star-C, which has provided about $270,000 in assistance for 280 renters. That includes $100,000 in the last week out of the $2.8 million in grants and donations, executive director Audrea Rease said.

Rease works with magistrate courts in metro Atlanta and educates renters about their options and tries to match them with a list of about 100 properties where owners are willing to aid tenants in applying for rental assistance.

Still, some people will owe significantly more than they can pay in high-rent areas like Cobb County, Rease said.

“What we’re seeing is that people still don’t have the money to pay their rent and we’re running into situations where even with the max assistance we’re offering of up to $3,200 in Cobb and outside of Cobb $1,500 is not close to enough,” she said.

For many people living paycheck-to-paycheck, once they’re evicted they can’t come up with a deposit needed to rent another place. And even if they have the money, a background check can reveal the eviction on their record which can be a deal-breaker for many landlords.

And when people run out of rental options, they turn to charity to get a roof over their head and a bed to sleep in.

Not long ago, the William S. Davies Homeless Shelters in Rome got a couple calls a day from people trying to avoid living on the streets. Now, they field more than 20 calls each day.

Executive Director Devon Smyth worries about people who don’t have another place to go when they’re evicted in the middle of a public health crisis. Gov. Brian Kemp ordered most Georgians to stay home in April, a directive that presumes a person has a home to go to.

“We knew unemployment benefits were going to drop and that the evictions were coming. That’s the perfect storm of homelessness,” Smyth said.

Meanwhile, the state’s court calendars are about to start clearing backlogs of eviction filings. Macon-Bibb County’s magistrate court will resume tenant-landlord hearings on August 31 as it attempts to catch up, Judge Pam White-Colbert said.

Pre-pandemic, her court handled about 80 eviction cases each Monday. Many more than that are expected in the coming weeks as the court continues to connect displaced people with agencies and nonprofits that help people who need a safety net, White-Colbert said.

“I always advocate paying your rent before you pay anything else so you’ll have a roof over your head,” she said.

Reif of the Georgia Legal Services Program said it’s unlikely a tenant will win their court case if they still owe rent. So it’s essential renters notify their property managers when they know they’ll be late with a payment and enlist outside agencies and organizations like hers for help, Reif said. 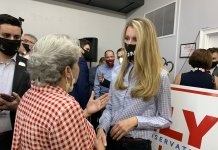 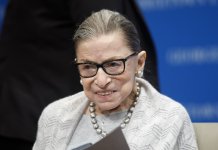 Eviction hearings pick up across Georgia after jobless benefits shrink