Stone Mountain Park leaders announced Monday that they will review proposals to rethink the Confederate symbols and tributes found throughout the state-owned park, which is home to the country’s largest Confederate monument.

The park’s governing board, which is appointed by the governor, has been under increased pressure for months from local advocates who want Confederate flags removed from a popular walk-up trail, street signs honoring Confederate leaders renamed and other more sweeping changes.

The park’s Confederate iconography has long been a source of controversy, but the calls for change started anew during a summer of social unrest that brought violent conflict to downtown Stone Mountain when the park closed ahead of a white supremacist rally.

Reading from a statement, Chairman Ray Stallings Smith III announced Monday that he has asked Bill Stephens, the park’s CEO, to review the proposals submitted and consult with community and state leaders, historians and others “regarding a 21st century perspective on Stone Mountain Park.”

Stallings did not take questions after Monday’s board meeting. But Stephens told reporters his work would likely hinge on what state lawmakers do when they reconvene in January. That said, it may be April at the earliest before Stephens comes back with any recommendations.

“There are all kinds of proposals,” said Stephens, who is a former state senator. “As we vet them, some will make the cut and some won’t. I think, in general, what the board has been saying is they’re in favor of additions to the park, not necessarily subtractions. But that’s to be determined too.”

Rep. Billy Mitchell, a Stone Mountain Democrat, said Monday that he plans to file a bill in January that gives the board clear authority to make changes at the park.

“When you’re a political appointee, that’s very difficult to do sometimes,” Mitchell said, referring to changes. “So, let’s make it plain. They said the law is ambiguous. Let’s make it unambiguous.”

The association was formed in 1958 – four years after the landmark Brown v. the Board of Education ruling – and charged in law with maintaining “an appropriate and suitable memorial for the Confederacy.” In more recent years, state lawmakers have added more protections.

But Dennis Collard, at Atlanta Attorney and a co-founder of the grassroots advocacy group called Stone Mountain Action Coalition, argued Monday that the board has the authority to act now. The law also empowers the board to do all things “necessary or convenient” to carry out their duties, he said.

“(The coalition) is not arguing for some strange interpretation of the law,” Collard said to the board Monday. “We are pointing to the letter of the law itself: ‘appropriate,’ ‘suitable,’ ‘necessary’ and ‘convenient.’ These are powerful words when used in the law because they allow for interpretation, for change, for the opportunity to simply do what is right.”

If the board decides to keep Confederate tributes on display, Collard argued they should be moved into a museum setting where people can choose whether to view it.

“People come to the park to enjoy some natural beauty, for recreation and relaxation, not to experience a political statement born in the 1900s about a war that occurred in the 1800s – and certainly not to be reminded of the cataclysmic suffering and death that resulted from the war or the enslavement and oppression of Black people, which was the central feature of the Confederacy,” Collard said.

Martin O’Toole, spokesman for the Georgia Division of the Sons of Confederate Veterans, said his organization opposes any changes at the park – including any additional context. He accused advocates of wanting to see the carving demolished, although the coalition has not taken a position yet on that thorny issue.

O’Toole also said adding more context to the existing displays would amount to a form of “cancellation” and compared contextualizing the Confederacy and the Civil War with highlighting Martin Luther King Jr.’s imperfections at sites honoring the civil rights leader.

Mitchell bristled at the comparison.

“If we find that Martin Luther King Jr. was a slavery sympathizer, organizer, helper, I’d be first in line to say every one of his statues and names need to come down as well,” he said. “We’re talking about the country’s greatest sin – its inhumanity to man – and that’s what we’re memorializing here.” 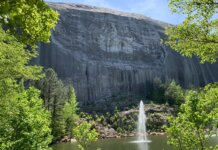 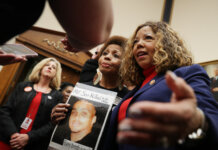 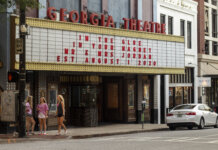 What’s in a name? For musical posers bill could bring hammer of justice