As Congress returns to Washington to close out a year defined by COVID-19 and a long campaign season, we need our Georgia lawmakers to build momentum and finish out these final few weeks of this congressional session as strong as possible.

There is no question that Congress has had a full plate of issues this year responding to the pandemic. Our senators and representatives must remember, however, that there is another important issue on the docket that will affect Americans for years to come – the remaining portions of the 2020 census. There is a real possibility of an undercount of this year’s census, which has the potential to hurt our state for the next decade, especially as our county and city governments face budget shortages as a result of the economic downturn.

Even though the counting phase of the census wrapped up in October, census officials still must work through the important process of verifying and reporting the results. This process, which is crucial in accurately determining each state’s population, usually takes about five months to complete. This year, however, census officials were only given two months to do so, with a strict Dec. 31 deadline. This deadline unfairly gives officials half of the normally allotted time to complete this process, posing various risks to the validity of the census results.

In cases where households do not respond to the census, officials traditionally perform in-person visits in order to obtain the necessary information. This method, called “Nonresponse Follow-up,” has been severely affected by COVID-19 as officials are unable to perform these in-person visits. In turn, officials have been forced to fall back on government and administrative records which have proved to be far less reliable. This process is especially important to Georgia, where 37% of census responses came from the Non-response Follow-up.

It is not feasible for census officials to verify and report results in this rushed timeline, and Congress needs to step in and pass legislation to extend the deadline before the end of this term to protect Georgia and the rest of the country. The accuracy of these results is crucial to Georgia’s economy, as billions of dollars in federal funding is allocated based on Census results. In 2016 alone, Georgia received over $23.8 billion in census-based funding. If there is even a 1% undercount this year in Georgia, the state will lose over $75 million combined in just healthcare, education and job program funding.

This funding is crucial to the sustainability of Georgia’s economy, as it provides funding to struggling rural populations. It is time for lawmakers in Washington to step up and save both our state and our country from a decade of economic turmoil by supporting an extension of the current December 31st deadline.

One of Georgia’s own, Sen. David Perdue, has thankfully recognized this pressing threat to our state. Senator Perdue, standing along with other Senate Republicans, has stepped up to fix this issue by supporting a bill called the 2020 census Deadline Extensions Act. This bill will extend the current census reporting deadline to help ensure a smooth verification process and an accurate report of results.

We appreciate that Perdue has continued to prioritize the passage of this legislation before the end of the current session, and encourage Sen. Kelly Loeffler and other Senate Republicans join him in this effort before it is too late. Without an extension of the current census deadline, the traditional census counting process will be severely undermined – an outcome that could harm Georgia for the next decade. 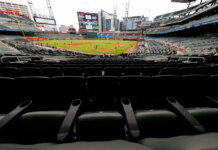 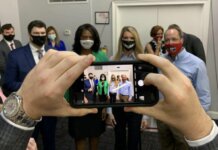