Let me introduce you to Jeff Mullis, chair of the Rules Committee in the Georgia state Senate and one of the most powerful people in Georgia politics.

If you want a piece of legislation passed, you need to go through Mullis. As Rules chair, he pretty much decides if and when a bill gets a vote on the Senate floor. Conversely, if you oppose a certain piece of legislation and want to make sure that it dies a quiet death, Mullis is the man who can arrange that outcome as well.

Think of him as the Senate’s maître d’, the man who stands at the door and decides who gets a place to dine and who does not.

That’s a great deal of power, and it helps to explain why Mullis has collected more than $800,000 in corporate PAC contributions since 2015, which is quite a healthy sum for a state legislator in a safe district.

Mullis was also the sponsor of Senate Bill 221, which Gov. Brian Kemp quietly signed into law recently. In presenting his bill on the Senate floor back in February, Mullis described SB 221 as the “Political Expenditure Transparency Act,” calling it a nonpartisan bill, “completely bipartisan,” and promising that it would help stop the flow of so-called “dark money” from secret sources that sometimes flows into political campaigns.

Let me assure you: SB 221 is none of those things. Believing that Mullis wants to clean up campaign funding in Georgia is like believing a maître d’ wants to eliminate tipping.

Under longstanding Georgia law, Mullis and other state officeholders have been forbidden to accept campaign contributions during the legislative session. They can take money before the session; they can take money after the session. But during those three or four months at the beginning of each year, while they are actively debating and voting on legislation, the flow of campaign money has to stop.

You can understand why a Rules Committee chair might find that frustrating, right? With all those bills under his control, his ability to monetize that power is delayed at the very least.

Well, under SB 221, the House majority and minority caucus and the Senate minority and majority caucus can each set up two “leadership committees,” under the control of designated legislators, that can accept campaign donations even during the session. That’s eight such committees. Individual legislators are still barred from taking donations, but the committees are not.

And I’m not saying this is going to happen, but a Rules chair who is given control of such a committee would be perfectly positioned to arm-twist lobbyists and special interests for a lot of money under such a system. And if that notion never occurred to Mullis personally, I bet somebody points it out to him pretty soon.

Well, let me quote from SB 221, which says campaign contribution limits already in Georgia law “shall not apply to contributions to a leadership committee.”

That’s right: With Kemp’s signature on SB 221, there is literally no limit on how much somebody can donate to such a committee. Altria, the tobacco company once known as Phillip Morris, last year donated the legal max of $2,800 to Mullis, but it can now donate an unlimited amount, during the legislative session, to a “leadership committee” run by Mullis. The Georgia Professional Sports Integrity Alliance PAC, which lobbies for legalizing sports betting in Georgia, also gave $2,500 to Mullis before the last legislative session, but it could now give an unlimited amount to a “leadership committee” that Mullis ran, and do so during the session itself.

(Under SB 221, the governor, lieutenant governor and nominees to those positions can also establish “leadership committees” to take unlimited contributions during the session.)

And while Mullis might point out that all contributions would at least have to be reported to the public by the leadership committee – “transparency,” remember? – he will not mention that there are obvious, easy and legal ways around that requirement. As pointed out during floor debate by state Sen. Jen Jordan, an Atlanta Democrat, unlimited funds can be donated anonymously to a legal non-profit entity known as a 501(c)(4), which then passes that money along to the “leadership committee” with nobody knowing where the money originally came from.

Well, the generous donor would know. And the thankful recipient “leadership committee” would no doubt know. But Georgia voters would not know.

The quiet passage and enactment of SB 221 tells us several things, beyond the sincerity of Mullis’s concern for ethical governance. It tells us that Georgia Republicans are scared of what the future may hold. They are frightened by the 2020 election, frightened by the changing Georgia electorate and frightened by the ability of Stacey Abrams and Georgia Democrats to raise a lot of money from an army of small donors. So they are opening the spigots so that big-money special-interest can flow their way.

It also reminds us of the wisdom of ignoring what people say and instead watching what they do. In recent weeks, Republicans here in Georgia and at the national level have made quite a show of declaring their independence from “woke corporations” and corporate PAC money, asserting that they are now the party of working Americans and suggesting that the days of a “special relationship” between big-money special interests and the GOP are now over.

But as they ostentatiously slam the front door on such transactions, they quietly open an even larger back door. 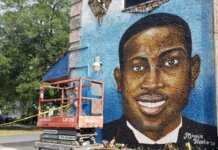 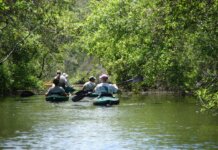 Should we trust Twin Pines or GRP? 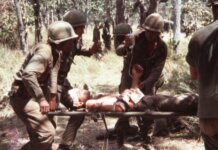