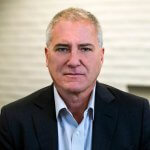 In 2020 the price of oil crashed, even falling to less than zero one day. Traders actually had to pay buyers to get them to take oil contracts off their hands. Oil companies would prefer not to sell oil unless they can make money off it. Oil companies are just funny that way. So U.S. […]

The care and feeding of the Republican base

The National Republican Senatorial Committee launched its first televised attack ads against what it believes are among the most vulnerable Democratic U.S. senators up for reelection next year, one of whom is Nevada’s Catherine Cortez Masto. (The others, for the record, are Arizona’s Mark Kelly, Georgia’s Raphael Warnock, and New Hampshire’s Maggie Hassan). Cortez Masto and the […]