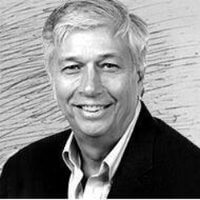 The rising number of murders in the Atlanta metro region, some of them apparently random, has truly been alarming, and it’s important to try to grasp what its causes might be. If the phenomenon was local, then you might suspect that the causes and solutions are local as well. But it’s not. It’s occurring all […]

This week, Donald Trump was finally forced to admit the truth: He lost Georgia fair and square, the multiple lawsuits that he and the Georgia GOP filed to try to throw out the state’s 5 million presidential votes had been based on lies and fantasies, and the entire argument they tried to make had zero […]

Prodded by Gov. Brian Kemp, the state Board of Education last week waded into the controversy over “critical race theory,” or more accurately, into a cartoon version of the theory that has been ginned up by Fox News and the conservative entertainment industry to keep its viewers in a state of racial panic. “The United […]

Jody Hice poses a test of character and patriotism for Georgia Republicans. It’s a test that many of those voters proudly insist they will fail. At the moment, Hice remains a congressman, representing the state’s 10th Congressional District. In that role, he has been a prominent, vocal champion of the Big Lie about the 2020 […]

Let me introduce you to Jeff Mullis, chair of the Rules Committee in the Georgia state Senate and one of the most powerful people in Georgia politics. If you want a piece of legislation passed, you need to go through Mullis. As Rules chair, he pretty much decides if and when a bill gets a […]

Last week, Georgia Attorney General Chris Carr resigned as chair of the Republican Attorneys General Association, explaining that he had fundamental and irresolvable differences with the group’s efforts to overturn the results of the 2020 presidential election. Carr’s actions should be applauded, even by – especially by – Democrats. Across the country, only a relative […]

Last month, Delta Air Lines CEO Ed Bastian took the bold step of daring to criticize the actions of the Georgia General Assembly. As Bastian put it in a memo to Delta employees, Georgia had just enacted legislation “that could make it harder for many Georgians, particularly those in our Black and brown communities, to […]

Almost five months later, Donald Trump’s dictatorial refusal to accept defeat still looms large over the country, particularly here in Georgia. It continues to alter election law, election outcomes, the arc of political careers and even the course of American history. Admittedly, some of those consequences have been positive. In January, after witnessing Trump’s attempt […]

“Republicans don’t need election reform to win. We need leadership,” Lt. Gov. Geoff Duncan told Chuck Todd on NBC’s “Meet the Press” over the weekend. “I think there’s millions of Republicans waking up around the country that are realizing that Donald Trump’s divisive tone and strategy is unwinnable in forward-looking elections. We need real leadership, […]

A lie is a fickle creature. Once told, a lie marches free into the world, with its own agenda, out of control of those who created it. And as Georgia Republicans are discovering, a lie that is big enough and powerful enough can even turn on its masters, forcing those who created it to now […]

Georgia Republicans are caught in a trap, trying to adjust to a rapidly changing state while also trying to placate a party base that has no interest in change, and that is often aggressively opposed to it. Put another way, they have to change, yet they can’t change, and nowhere is that dilemma more daunting […]