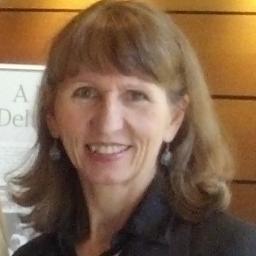 Laura Cassels of the Florida Phoenix is a reporter, former statehouse bureau chief, and former city editor. She is a classical pianist, a Florida State University graduate and proud alum of the Florida Flambeau, an independent college newspaper. Contact her at [email protected]

FBI probes bomb threats against HBCUs; campuses reopen after no explosives are found

More than 20 FBI field offices around the nation are investigating a series of bomb threats characterized as “hate crimes” against Historically Black Colleges and Universities (HBCUs) and unidentified “houses of worship” but have found no explosives at the sites, the agency announced Wednesday. The statement did not say whether the threatened houses of worship, […]

Climate change: Women and families in poor countries most feel the brunt

The two-week climate conference in Glasgow that concluded Friday shone a spotlight on the harm climate change inflicts on women and families in the world’s most vulnerable countries. Women, who often hold lead roles in providing food and health care for their families, are on the front lines, according to advocates who participated in panel […]

Obama at world climate conference: We are falling short

Returning to the world stage on climate change, former President Barack Obama Monday told world leaders and young people gathered in Glasgow, Scotland, that time is running out to prevent life-threatening degradation of the planet’s climate, and he called on the world’s young people to demand better. “Collectively and individually, we are still falling short. […]

Americans in climate-threatened regions anxious for solutions from world summit

Flooded beach towns will be abandoned along millions of miles of coastlines. Islands will be inundated. It has already begun. Heat will become so oppressive that field workers can’t endure it and crops fail. It’s already happening. Huge wildfires will scorch millions of acres and spew toxic smoke plumes across swaths of the planet. Astronauts […]