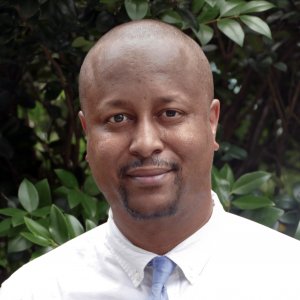 A redistricting process set new boundaries for many state legislators ahead of Tuesday’s midterm primary, which led to some surprising outcomes, including the defeat of an incumbent lawmaker who oversaw the drawing of her district’s ‌new‌ ‌boundaries. Republican state Rep. Bonnie Rich of Suwanee, whose district was redrawn in her favor in a reapportionment committee […]

Republican Secretary of State Brad Raffensperger will join Gov. Brian Kemp as the state’s most prominent Donald Trump political targets to avoid a runoff against candidates endorsed by the former president. With 95% of precincts reporting, Raffensperger led with 51.2% of votes, outpacing U.S. Rep. Jody Hice’s 38% and followed by 9% cast for former […]

A record number of Georgians were on track to have cast ballots for Tuesday’s Election Day, breaking 2018’s midterm primary record that sets up a repeat gubernatorial race between Republican Brian Kemp and Democrat Stacey Abrams.  Election day ended with nine of the state’s 2,500 voting precincts extending their voting hours after delays that were […]

Tuesday’s primary election for Georgia governor, secretary of state, Congress, state lawmakers, and a host of other races is expected to draw large numbers of voters to the polls after a record turnout during early voting. The secretary of state’s office reported that more than 710,000 people had cast ballots in Georgia as of Friday, […]

Georgia Supreme Court justices heard arguments Thursday on cases that could determine if an organization with Confederate roots must prove they would be harmed by the removal of monuments in order to sue local government officials. The consolidated case stems from lawsuits filed by the Sons of Confederate Veterans against the Henry and Newton County […]

Georgia election board dismisses claims of ‘ballot harvesting’ in 2020 election

The Georgia State Election Board voted unanimously Tuesday to dismiss three cases based on claims of illegal “ballot harvesting” as the baseless conspiracies over the 2020 presidential election still swirl even as the 2022 election season is already well underway and setting records for early voting. The board, comprised of three Republicans and one Democratic […]

Georgians in line for $585M from feds to relieve housing scarcity, pandemic victims

Georgia communities and nonprofits are receiving an influx of hundreds of millions of dollars in grants to help relieve ‌homelessness‌, the affordable‌ ‌housing‌ ‌crisis‌ and help nonprofits and businesses who suffered during‌ ‌the‌ ‌pandemic. More than $585 million in funding from the American Rescue Plan Act and the Department of Housing and Urban Development is […]

A former Georgia Republican candidate for governor accused of misusing hundreds of thousands of dollars in campaign contributions for his personal indulgences ended Thursday with a six-figure settlement with the State Ethics Commission.  Ex-Insurance Commissioner John Oxendine agreed to pay the state $128,000 in leftover campaign donations without admitting guilt to converting the funds to […]

A Georgia policy think tank’s report argues that too many government regulations drive up the cost to build new homes while pricing out first time home buyers. The Georgia Public Policy Foundation on Wednesday held a second leg of a statewide tour detailing its housing regulation study that found government regulations, ranging from design and […]

This story was updated May 10 at 8:10 a.m. to include voting totals through the end of May 9. Camden County voter Beth Miller received error messages several times last week when she tried to pull up a sample Democratic ballot on the Georgia Secretary of State’s official website. Many Georgians, from the coastal county […]

A record number of Georgians are casting ballots through the first days of early voting for the midterm elections, while in the background legal challenges to the state’s voting process continue to play out in court. On Monday 27,474 people cast in-person ballots across Georgia, a primary first-day record that was followed on Tuesday with […]

Early voting officially kicks off Monday for the 2022 midterm elections with sky-high stakes freighted with the never-ending relitigation of the 2020 presidential election. Over the next several weeks Georgians will cast ballots for the May 24 primaries that will determine the Republican and Democratic nominees for governor, U.S. Senate, congressional districts, secretary of state […]