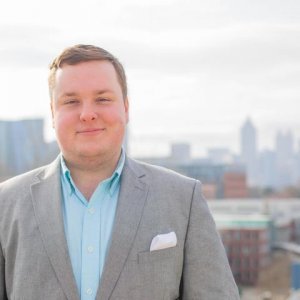 Stephen Fowler is an award-winning reporter and photographer for GPB News covering state and local politics.

While bitter partisanship and fierce ideological battles may define today’s political landscape, former Republican Sen. Johnny Isakson had two categories for people: friends and future friends. Isakson, a statesman beloved by Republicans and respected by Democrats, champion of veteran’s affairs and public servant for more than four decades, died in his sleep overnight Sunday at […]

A new analysis of demographic data from Georgia’s November and January elections confirms a larger decline in white rural turnout led to Democrats flipping both U.S. Senate seats, one of the biggest challenges the GOP must tackle ahead of 2022. After a record-setting November 2020 general election that saw more than five million Georgians cast their ballots, enthusiasm remained high […]

One of Georgia’s largest economic development projects can move forward after two South Korean electric vehicle battery companies settled a trade secrets dispute over the weekend. SK Innovation is building a $2.6 billion factory in Commerce, about 70 miles northeast of Atlanta, that will make EV batteries for Ford and Volkswagen cars and employ up […]

The next big political battle in Georgia: Redistricting

As controversy swirls over the comprehensive new voting law that drastically alters Georgia’s election system, another battle with equally profound implications looms on the horizon: redistricting. In the coming months, state lawmakers will begin redrawing the lines of Georgia’s legislative and congressional districts, a process that will help determine control of the state government and […]

Georgia’s five Asian American lawmakers — Sens. Michelle Au and Sheikh Rahman, and Reps. Sam Park, Marvin Lim and Bee Nguyen — and their allies are calling for action against racism and misogyny after a 21-year-old white man was charged with killing eight people, including six women of Asian descent, in three shootings across the metro Atlanta area Tuesday. Park, a […]

An angry President Trump pushed Georgia Secretary of State Brad Raffensperger, a fellow Republican, to overturn the state’s presidential results, and appeared to at least partly blame him for what could be lower turnout in Tuesday’s runoff elections that will decide control of the U.S. Senate, according to a recording of a phone call obtained […]

A federal judge dismissed a lawsuit filed by Trump-affiliated lawyer Sidney Powell seeking to overturn Georgia’s election results for lacking standing, being filed too late and for requesting “the most extraordinary relief ever sought” in an election case. Judge Timothy Batten, appointed by George W. Bush, issued the ruling from the bench Monday morning about […]

President Donald Trump on Saturday continued to falsely claim he won Georgia’s electoral votes while blasting the state’s Republican governor and secretary of state for not overturning election results. At his first campaign rally after losing the election, Trump falsely told a crowd of several thousands of supporters in Valdosta, near the Florida border, that […]

Heading into the final week of in-person early voting, Georgia Secretary of State Brad Raffensperger has two messages for voters: return your absentee ballot and expect longer lines at the polls. At a Monday press conference, the state’s top election official said early voting turnout continues to come in at a record pace. By Monday […]

Democratic presidential nominee Joe Biden is making campaign stops in Georgia one week before Election Day, hoping to capitalize on the state’s changing demographics and surge in early voting turnout to win the state’s 16 electoral votes and both U.S. Senate seats. According to the campaign, the former vice president will deliver remarks in Warm […]

A federal judge has dismissed a lawsuit challenging long lines at the polls in Georgia for being too vague and not presenting enough evidence that long lines were “all but certain” to occur. Judge Michael Brown issued a 78-page order Tuesday that also denied a request to make several changes to in-person voting for the November election. The plaintiffs, […]

A federal judge ruled Monday that every polling place in Georgia must have an updated backup paper list of eligible voters for Election Day on Nov. 3, after problems with electronic poll books contributed to voting delays during the primary. The order would not replace the computers currently used to check in voters at their polling place, but provide […]