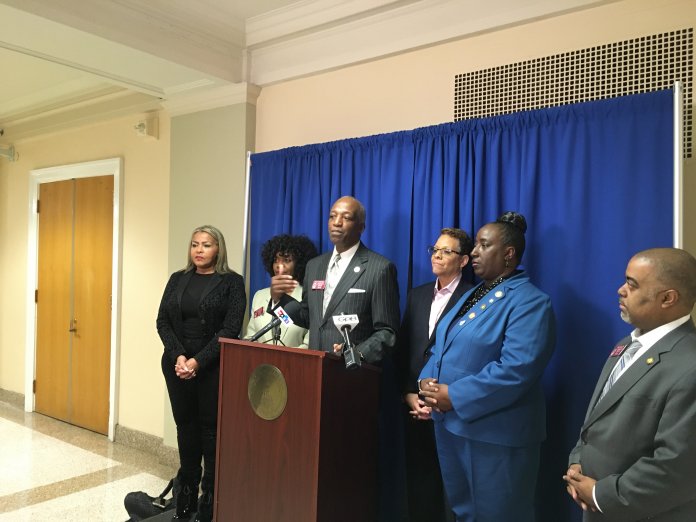 A group of Georgia state lawmakers says it’s time to approve a 1972 U.S. constitutional amendment that aims to bar discrimination on the basis of sex.

“It’s just amazing in my mind … that here we are in 2020 and we have to debate over this issue,” said state Rep. Billy Mitchell, a Stone Mountain Democrat and author of House Resolution 16. That resolution would give Georgia’s assent to the proposed Equal Rights Amendment to the U.S. Constitution. Congress approved the ERA in 1972, but it has yet to get the OK from three-quarters of the states.

Georgia is one of several states revisiting the ERA in the last few years. Virginia’s Democrat-controlled state Legislature is expected to approve it this year.

But the ERA faces criticism from abortion opponents who fear that it would give some constitutional standing to abortion rights.

However, the states have missed their deadline to pass the amendment by 38 years, according to a new opinion from the U.S. Department of Justice. It says that because three-fourths of states did not ratify the ERA by 1982, the proposed amendment is no longer pending.

“Accordingly, even if one or more state legislatures were to ratify the proposed amendment, it would not become part of the Constitution,” the Jan. 6 opinion reads in part.

Congress needs to re-open the timeline for ratification in order for the ERA to be written into the U.S. Constitution, according to the opinion.

Virginia would be the 38th state to ratify the ERA. Five states have withdrawn or repealed their ratifications. States that never ratified it are primarily in the Deep South.

Mitchell filed his ERA resolution last year. State senators also filed Senate Resolution 66 on their side of the Capitol. Neither got as far as a committee hearing. Mitchell said that last year the House deferred to the Senate, since the resolution on that side was carried by state Sen. Renee Unterman, an influential Republican from Buford. This year, Mitchell said, he’s hoping his House colleagues will pass it.